Claire competed in the Bands of America regional contest on Saturday at Eagle Stadium. It's the new 60 million dollar high school football stadium opened last year. (Yes, 60 million. Yes, high school. It was beautiful and a great location for this big competition.) 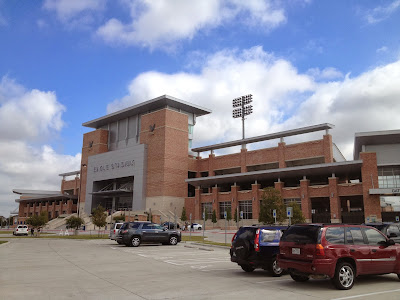 I watched 14 bands perform. It was so entertaining! Here is Claire's band. 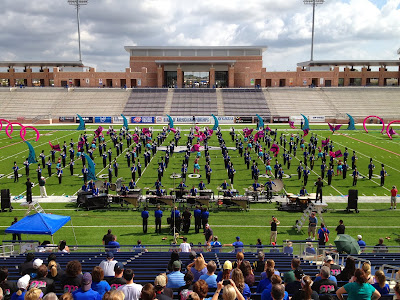 I wore my dorky button with Claire's picture on it! Proud band mom! Especially since her band won the whole thing! 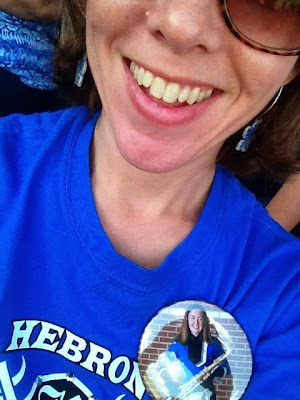 They have never won at this level before and never beat the other favorite local band -- which ended up finishing second. It was very exciting!

I loved this ad from the competition program. It's true! The band performances are amazing! 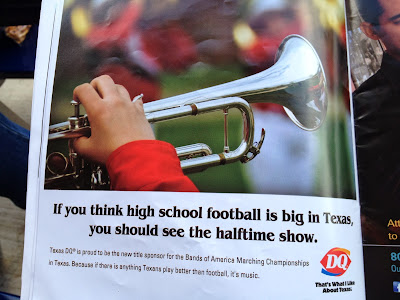 I caught this shot on the way home from the band event. 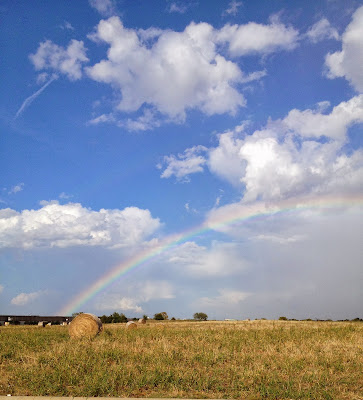 I whipped up some tasty caprese bites for a party we went to on Saturday night. It seems like a summer appetizer, but it was in the 90s on Saturday, so even if we wish it felt like Fall, it doesn't. 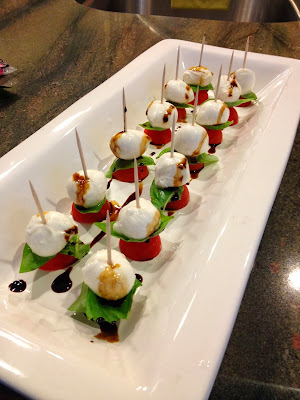 I also brought pigs-in-blanket. Always a sure hit. 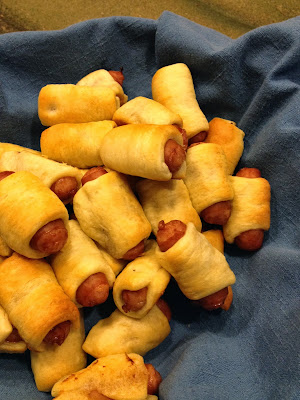 Today I spent some time picking out fabrics and playing around with composition for a new quilt. 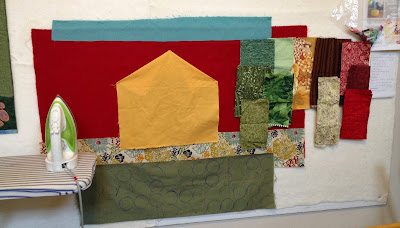 Posted by Deborah Boschert at 12:42 AM

Comment snapshots:
Yay Claire and her band! Congratulations to the whole team.
I love your rainbow and wheat picture. That is definitely a keeper. :-)
I could eat Caprese Bites any time of year.
I'm guessing that the fabrics to the right of the house are being auditioned, but I could also see half the composition being the house and the other half being pieced bricks in all those coordinating colors...
It looks like you've been keeping busy in the best possible ways. :-)

I so enjoyed your post about Claire's band competition. It took me back some years. I, too, was a band mom when my son was in high school and they were usually the winners in competitions. Being part of marching band teaches great lessons for life. Recently, my son Sean met up with his band director (who was in town judging some competitions) - good reunion. So glad for you that your move has gone so well - you sound all settled back in Texas. And you are missed here in MD. Hugs to you.