As you can imagine, I've been thinking a lot about radiation. I'm still in the thinking stage of creating this art quilt. But I need to move into the composition stage soon.

As I mentioned, I've considered some themes to pursue. Residential solar energy: That's mostly because it would allow me to make another house quilt. Many of my quilts include houses and it's a familiar and rich design element for me. But, I've never done a house with solar panels. Hmmm. I feel like I'd be just slapping on some fabric shapes that were pretending to be solar panels without much experience, knowledge or passion. Residential solar energy.

I also considered creating an art quilt like a Magnetic Field Sensor Circuit. (You can use it to measure stray radiation.) Like this. 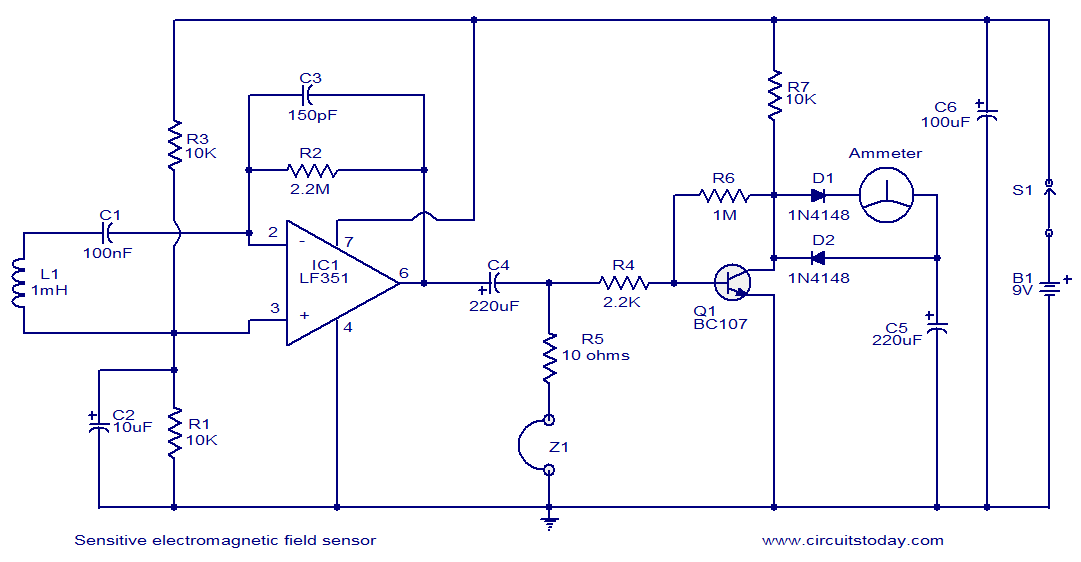 Cool shapes and composition, right? I could do each area in a different fabric and embellish with various surface design patterns, embroidery and free motion quilting. Potential! But, then I wondered if I could create something that had any bit of accuracy, because I don't have any idea what all those numbers and squiggles mean.

You know how you feel when you watch a movie or tv show that is set in a place that you are completely familiar with? And they mispronounce something, or show an angle that isn't correct? You instantly are taken out of the viewing experience. I wouldn't want to create a quilt to be viewed by a bunch of radiation scientists and have them zero-in on some inaccuracies rather than just appreciate the design. Magnetic Field Sensor Circuit.

Then I moved on to Carbon 14 dating. When Claire was in fourth grade she explained to me how you can measure the age fossils or other super old stuff by measuring the remaining atoms of radiation in the item. Or something like that. Fourth grade! I thought this might be a good excuse to make an art quilt using the shape of an ancient jug or bottle. Like these from my body of work. 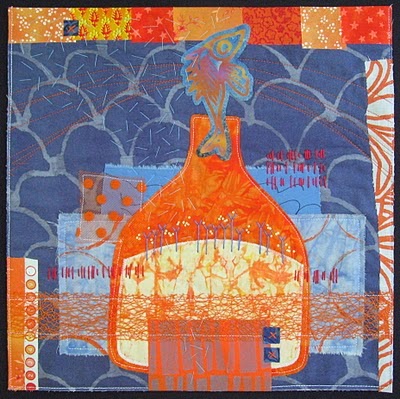 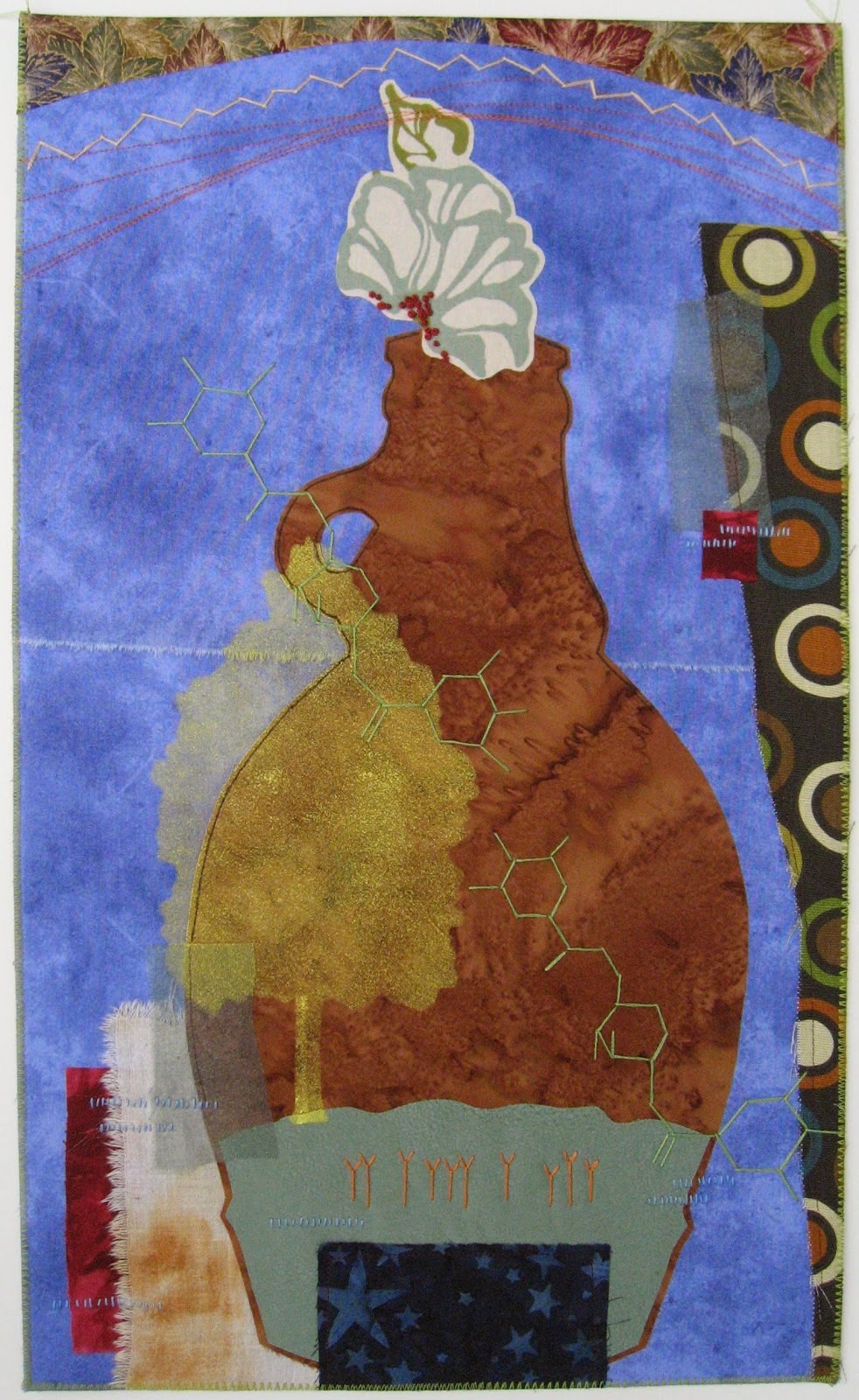 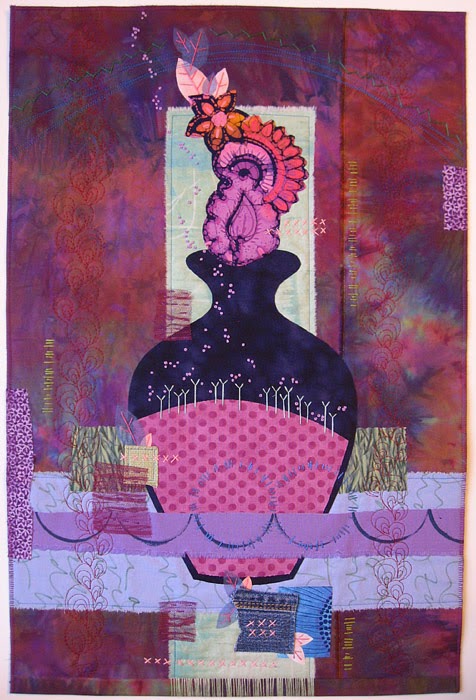 But, ultimately that just seemed too contrived. Carbon 14 Dating

Radiation is an enormous subject. It's not just cancer treatment and nuclear power plants, which are the two things I first thought of. I'm not interested in making a quilt on either of those subjects.

Did you know radiation is used to measure how much air is whipped into ice cream? It can also be used to sterilize food. Your smoke detector, toaster and microwave all use radiation.

I went to my sketch book. 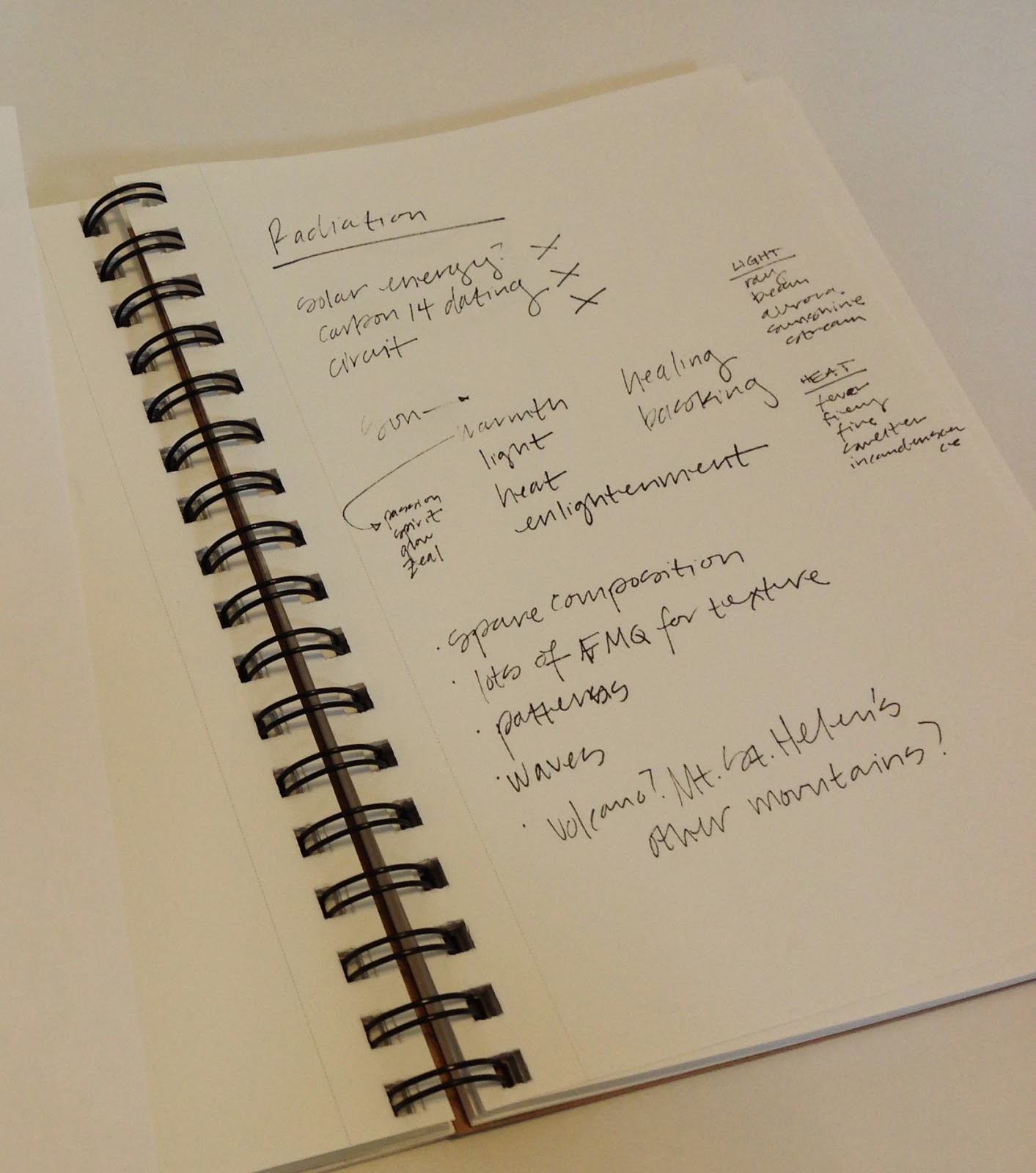 I need to return to the most simple, yet complex and most obvious form of radiation: the sun. I want to explore heat and light in a landscape composition. At least that's where I am at the moment.


Posted by Deborah Boschert at 5:24 PM

Since it's linear, what if you used that Magnetic Field Sensor Circuit as your quilting. Maybe a bunch of them overlapping to cover the area? Of course, you'd still have to figure out what the underlying imagery is....

I had a little giggle at the image of radiation scientists picking your collage to pieces! Thanks for that!