On the way to the airport to go to Quilt Festival, I heard a brief mention on NPR that the documentary Tim's Vermeer would be showing at the Lone Star Film Festival in Fort Worth. The title "Tim" is art quilter Leslie Jenison's husband so I texted her to say I was excited the film would be shown near by. She invited me to come and the next week I grabbed a friend and off we went. 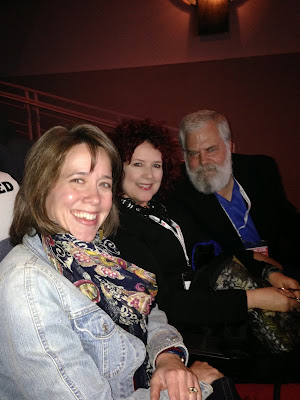 I'd been following Leslie's Facebook posts about the film and it's premier at the Telluride film festival. It's directed by Teller and hosted by Penn Jillette. I've loved Penn and Teller for years! I saw them in a tiny theater off Broadway when I was 15. Penn and Tim are long-time friends. When Tim told Penn about his interest (obsession) in Dutch painter Johannes Vermeer, they decided to make a documentary following Tim's study of Vermeer's art and technique. Five years later the film is getting major Oscar buzz. (Tim is even mentioned in that wikipedia link above.)

Tim's interest in Vermeer began when reading David Hockney's book, Secret Knowledge, in which he suggests that Vermeer may have used a camera obsurca or other optic devices in creating his paintings. Apparently this is a controversial subject in the art world. (Gasp! That's cheating!)

By the way, I love Hockney. We have a print of Garroby's Hill on our mantel. 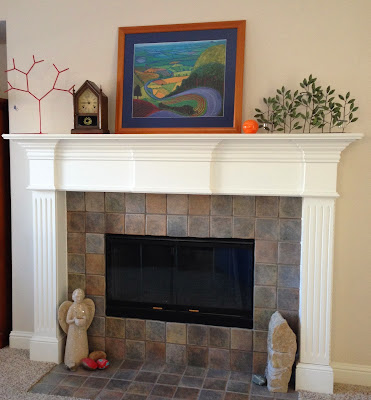 In the midst of all this study, Tim experienced the quintessential light-bulb moment. I won't spoil it for you, but Tim rigged up a fairly simply contraption and tested it in conjunction with a camera obscura. 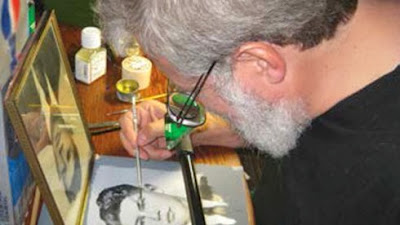 Could Vermeer have used something like this? There's no way to really know unless it's tested. How to test it? How about recreating one of Vermeer's paintings? Tim would have to recreate the room. And the furniture. And the windows --- positioned facing the proper direction. And the clothing. And the tiled floor. He'd have to know the exact measurements and positioning of everything in the room, plus the necessary size of the lens in the camera obscura to insure accurate reproduction on the proper size of the canvas. And that's before picking up a paint brush.

And if it were really going to be accurate, Tim could only use materials that Vermeer had access to more than 300 years ago.

Could this possibly be achieved? What kind of a person would have that kind of skill, focus and passion? That's what the movie's about. 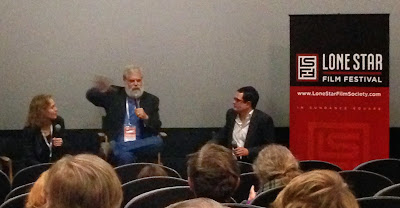 I loved it. But I didn't love it just for the story and the interesting people involved. I also loved it for the questions it raises. Wisely, the questions are not directly asked or answered in the movie. But a thoughtful viewer can't help but wonder what this means when we look at history, art appreciation and the partnerships between art and technology.

A lot of people want to return to "the good old days." Back when painters could achieve photo-realistic images simply through study and practice and miraculous talent. Oops... maybe it was all that plus a few handy optical devices. You can replace the deluded idea of how paintings may have been created in "the good old days" with any number of delusions about the past and whether they were so "good."

Some people think using technology to assist in developing a piece of art work is cheating. Having just returned from the International Quilt Festival in Houston, this topic comes up all the time when we talk about using photographs in fiber art. For me, Tim's Vermeer suggests that it is NOT about whether an artist is cheating by using photographs, or mirrors or any other technological assistance. Artists use all kinds of tools. Really, the final and only judgement to be made is how the viewer feels about the finished piece. This is different for every viewer, every piece of art and every artist. Analysis is fine. But judgement about the process may be misguided.

It was especially delightful to hang out with Leslie and Tim and the film's producer, Farley Ziegler, before and after the movie. We had tons of questions and were delighted to get all kinds of interesting back story about visiting the Queen's gallery, what Hockney thought about the finished film, the rising controversy in the art world and other celebrity experiences. 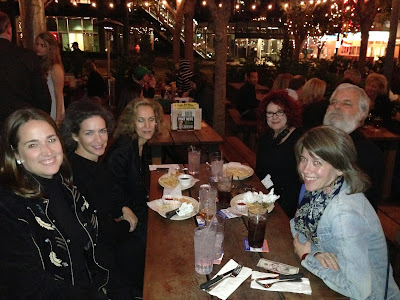 Go see the film when it makes its way to your city!
Posted by Deborah Boschert at 10:44 AM

Glad you got to go and thanks for sharing what it is all about! I really hope it comes to Salt Lake soon so I can go see it!

Thanks for writing all this down-- very interesting!

I hadn't heard about it, but will definitely keep an eye out for the film now!

Imagine my delight when my Google Alert sent me here! It was an absolute pleasure to have you join us for the screening at the Lone Star FF. I love your review of the film! Can't wait to pass this along to Tim!
xoxo Leslie