Continuing my 10 Soup Project. You remember that I saw this two page spread in Real Simple magazine and decided to make them all. 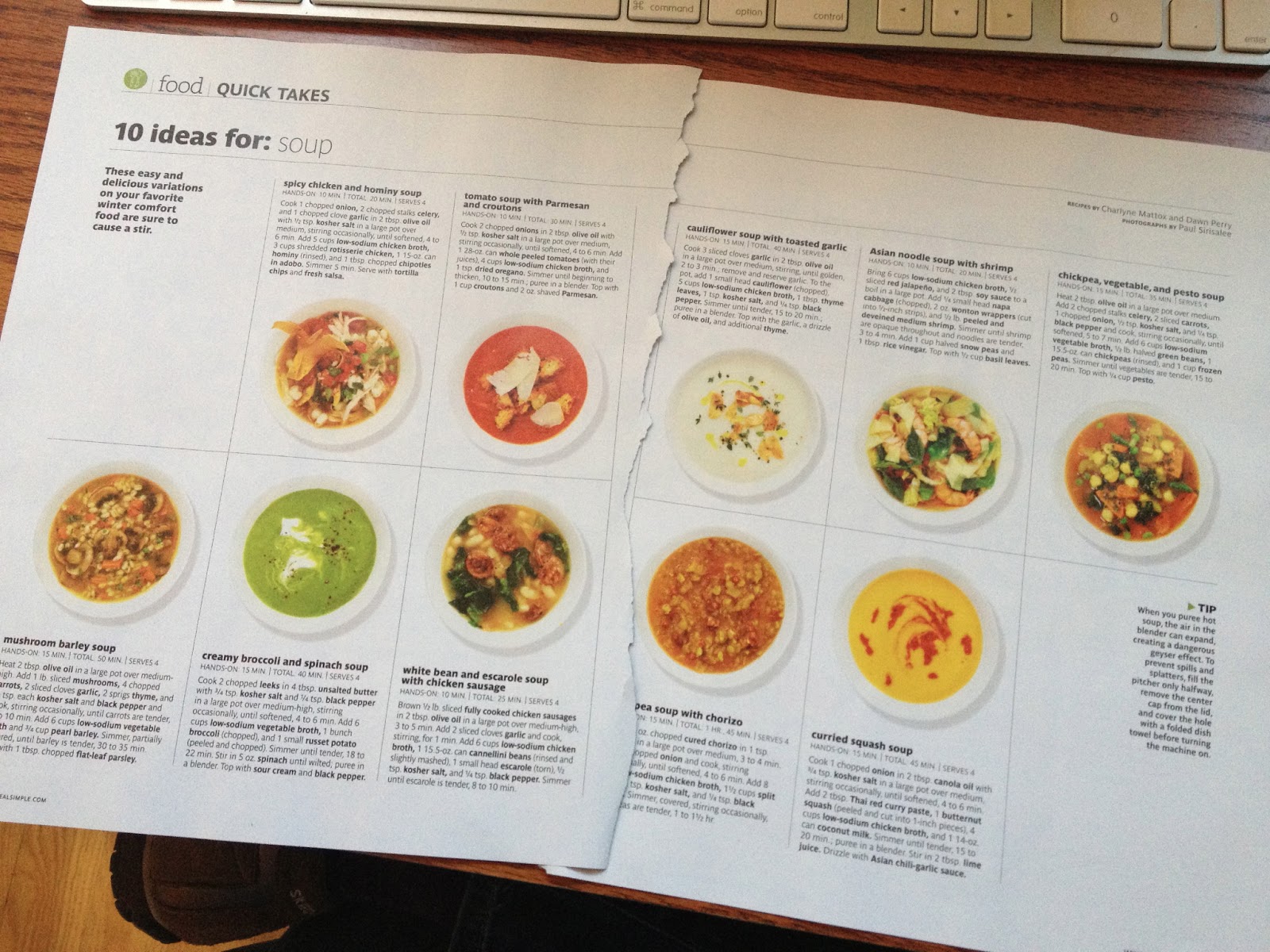 On Super Bowl Sunday, we had Split Pea Soup with Chorizo. 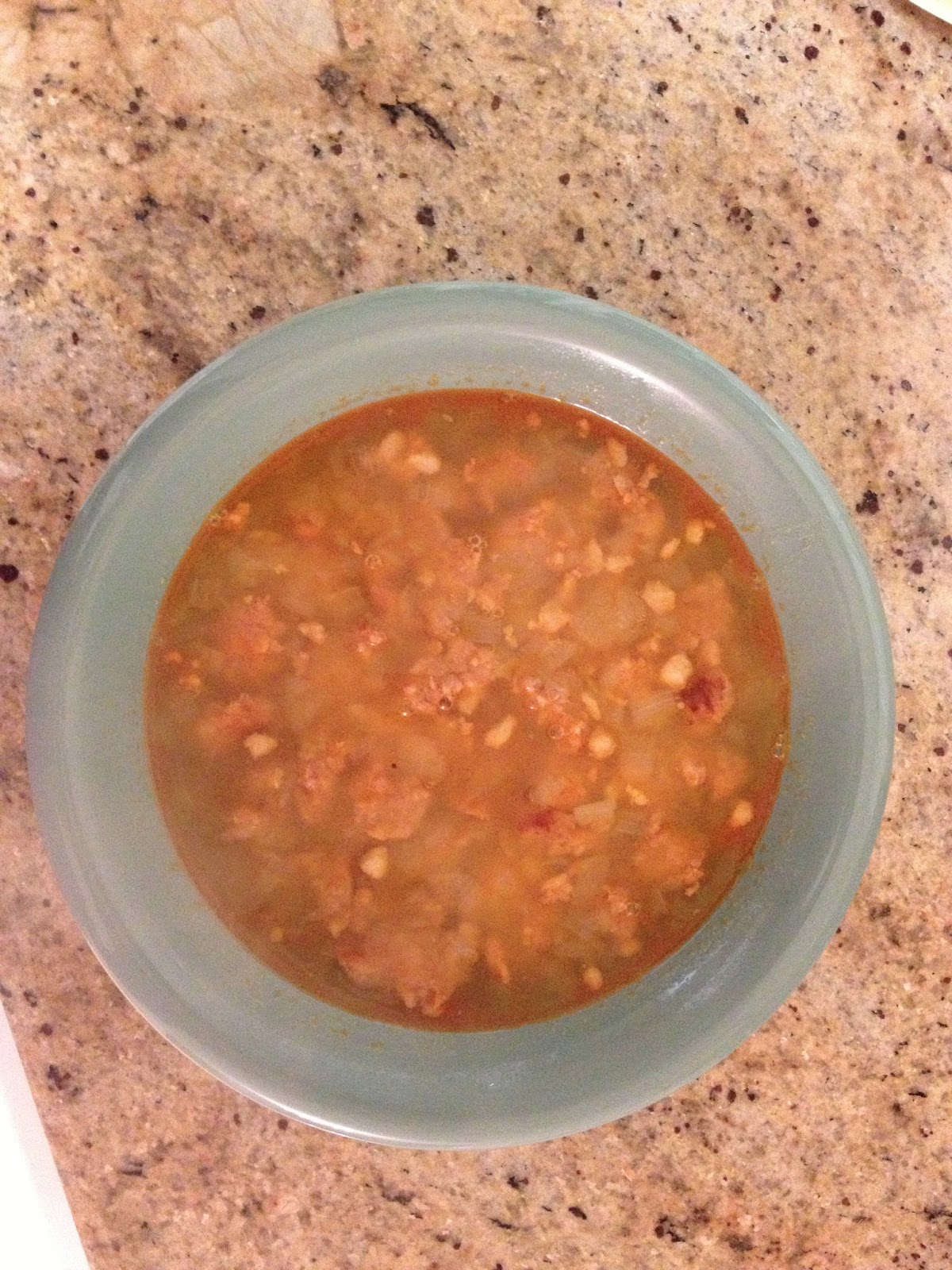 Here's the official magazine picture. And the recipe. A pretty good likeness, don't you think? I could have made my photo even more like the magazine if I had simply scooped less broth. 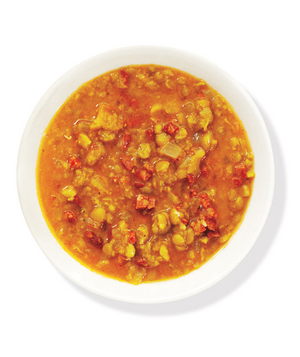 But the true test is how it tastes, not how it looks. It was pretty good. I liked it. But... really it's just a subtle spin on a more basic split pea with ham, right? I think if I wanted something in that style, I'd try a more traditional recipe next time. I like how split peas get so soft and thicken the soup. On the other hand, Jeff does not like mushy peas.

Here is my version of the Asian Noodle Soup with Shrimp -- served with an egg roll. 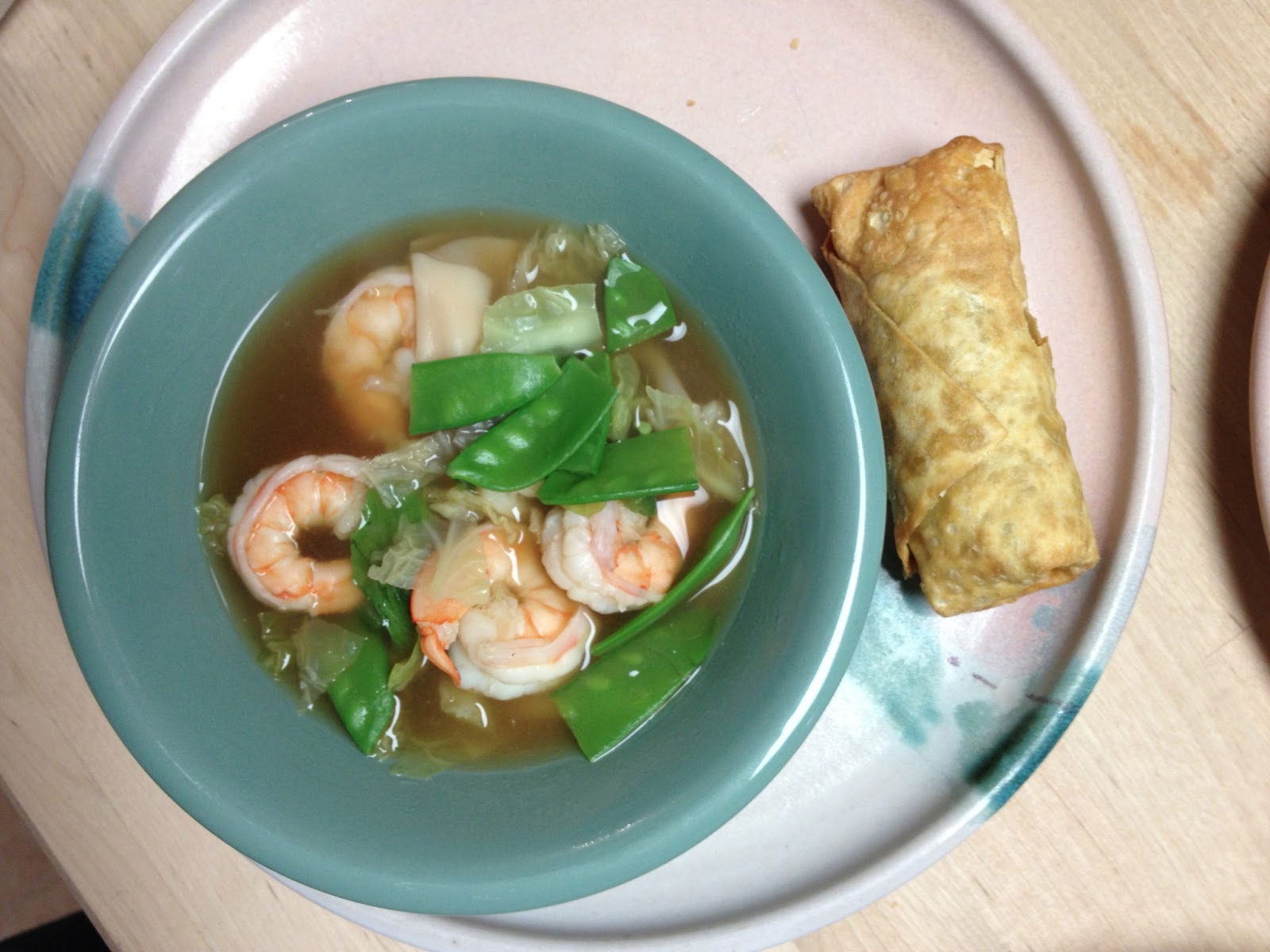 Here is the magazine version and recipe. 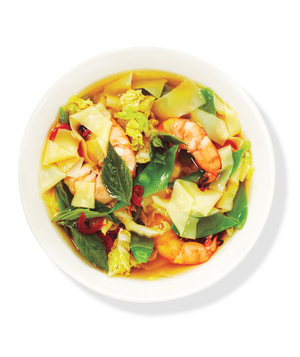 I had my first misstep with this soup. As you can see from the magazine pages at the top, the recipes are very short. Just a guideline really. The noodles in this soup are wonton wrappers cut into half inch strips. I sliced through a stack of wonton wrappers and tossed the stack into the soup. As I was stirring the soup around and making sure everything was getting cooked, I wondered what happened to the noodles. They certainly didn't look like the picture. Eventually, I fished out a clump of noodles still in the stack form. Ug. Yuck. There were four stacks and they were all clumped up. I had more wonton wrappers, so I cut more and peeled off each piece and dropped it in the pot separately. Much better.

The noodles still didn't really look like the picture, they were quite thin. I think I prefer a noodle with a bit more body. The soup had a nice Asain taste -- I like the soy sauce and rice vinegar. Everyone in our family loves shrimp, so the soup was a hit. But I'm not convinced it's one I'd make again. I might search for something a little different but still Asain with shrimp.

And what should I do with my leftover cabbage and snow peas?
Posted by Deborah Boschert at 8:59 AM

Love the soups you have been sharing. I've been the wonton wrapper way before with the same YUK results!!

Use rice noodles...they come in all sizes of flat to round and cook up in a couple minutes by steeping them in a bowl of boiling water. When they they have reached the right consistency...use tongs to portion them out into the soup bowls and then ladle on the Asian soup. 'Glass' noodles, also known as bean threads can also be used.