We had a great Halloween! Benjamin was a box of Pop Tarts and Claire was a gypsy. 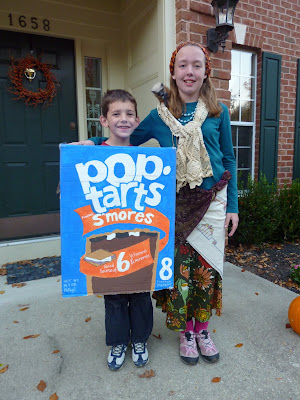 When we went to the Renaissance Fair a few weeks ago, Claire was enamored with some cute little fantasy puppets that sit on your shoulder. She purchased this "cat" and named him Jasper. 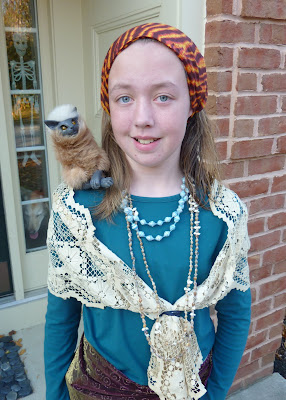 He has a wire that allows her to turn and nod his head. It's a bit freaky. In a cute kind of way.

Have I mentioned Benjamin's love of Pop Tarts before? Seriously. He's obsessed. So, this costume was perfect. 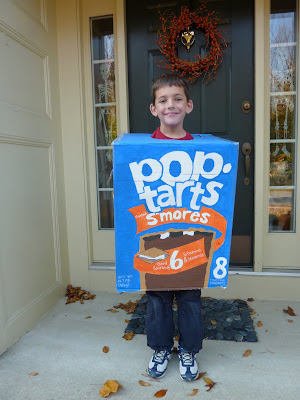 I spent several days copying the box. Jeff and I thought it would be fun to embellish the box and change the "ingredients" to things about Benjamin, but Benjamin thought that was a terrible idea. He insisted it be an exact copy. 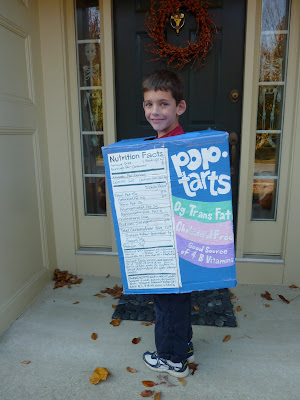 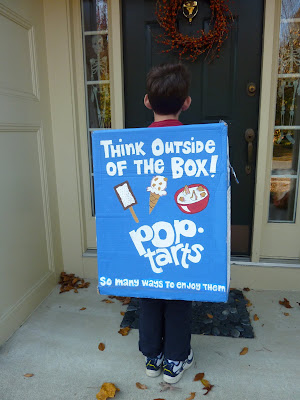 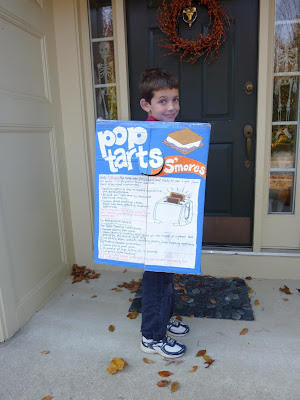 Earlier in the week, Claire and a friend made bat cup cakes. 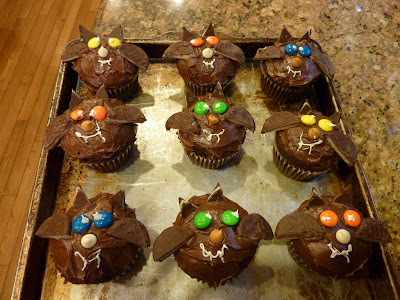 Benjamin and I did a bloody eyeball and a skeleton with an exposed brain. Yum? 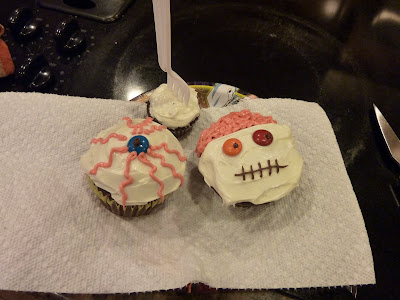 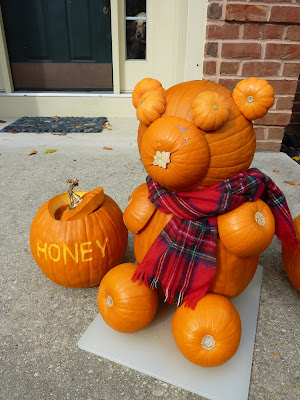 Didn't this bear turn out super cute? Such a cute girl, too! 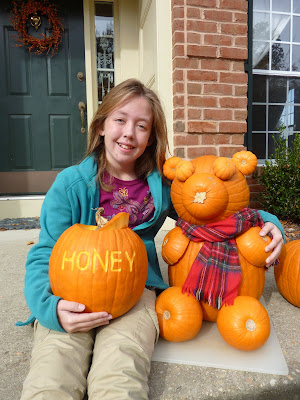 Posted by Deborah Boschert at 9:02 AM

Claire would have undoubtedly won the prize again. Very cute bear. She is so creative.

I always love seeing what you guys do for Halloween. Wonderful work by all of you! (Benjamin and Claire are looking so grown up!)

Great costumes, and cupcakes. The pumpkin sculpture is amazing.

I love the costumes, cupcakes and pumpkins! What a fun Halloween! The corn maze looked like so much fun too.