We had a wonderful Memorial Day weekend. Wanna hear what we did?

Friday night my brilliant friend, Anne-of-the-green-thumb, helped me pick out plants for the front of our house. Saturday (the only day it didn't rain) was spent digging. 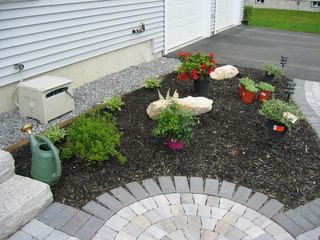 Saturday night Jeff and I enjoyed a rare "date night." Sushi and a movie. The Longest Yard. It was pretty good. I'd give the sushi a B+ and the movie a B-. And the company an A+.

Sunday we squeezed in a bit more digging and another movie: Madagascar. Also good. I'll give it a B- (it's not nearly as good as Shrek, Incredibles, Nemo or Monsters Inc.).

Just so you don't worry that we aren't particiapting fully in the movie block buster season, I'll have you know that Jeff went to see Star Wars last weekend.

Monday morning Jeff surprised us by bringing coffee and donuts from "the double D." That's Dunkin Donuts for you non-New Englanders. (We have about eight Dunkin Donuts in a five mile radius. Though sometimes I drive by several to get me some Starbucks.)

Then we went off to enjoy the classic small town Memorial Day parade. 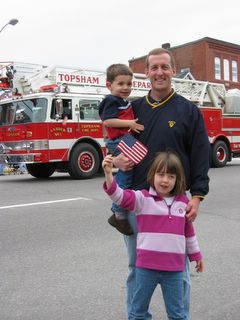 After the parade, we went to Portland. Jeff and the kids went to Chuck E. Cheese while I ran errands (ALONE!).

Claire received a gift certificate to Build A Bear for her birthday. So we trekked over to the mall. It's really great fun. The kids get to pick out an unstuffed animal, then they help stuff it. 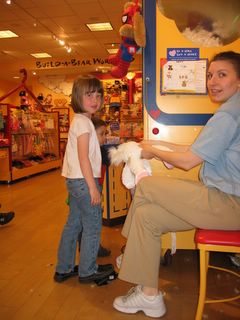 As much as her father tried to dissuade her, Claire picked the "Sassy Kitty." Kids also get to pick a little stuffed heart, then they are instructed to warm it up, make a wish on it, and give it a kiss before it gets buried inside the stuffing.

Then there is brushing and fluffing... 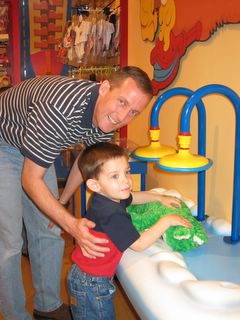 Here are my little monkeys with their new friends. 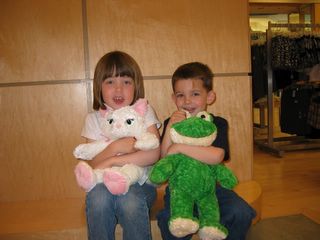 I got some new shoes! Remember the floral skirt from the earlier "What should I wear?" vote? Won't these shoes be so much more super fantastic than the clunky black sandals? No? 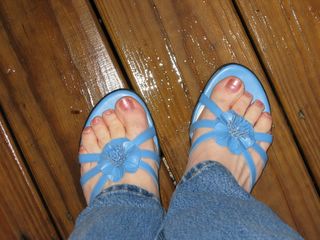 I also couldn't resist this book. (It's from the dreaded scrapbooking trendy section. But it has some great multi-media ideas.) Isn't it clever how the edge looks like it's been cut with pinking shears? 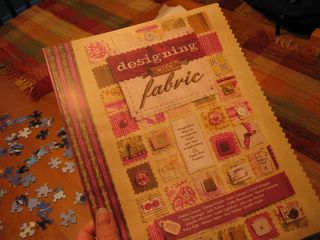 I also got some new blades and rubber to recarve the ladyslipper stamp. I won't let the letterboxing terrorists win!

And of course, I said many prayers and thought fondly and gratefully of those who have died in service to our country and to all humanity. Especially those who I knew and loved.
Posted by Deborah Boschert at 7:43 PM

I loved reading about your weekend and the pictures were wonderful - especially of the children (of course). There was sunshne in your comments even if it was raining! Love, Mom

It's a little scary how much we think alike, but you are the brave one to admit you bought a book (the same one I bought last week) from the dreaded scarpbook side of the store..!!! good stuff for our book idea!? kathy

You have very nice toes.

Your flowerbed is going to be great! I like the stones at the edge, too.
You have a lovely family. And new girlie shoes? Life is good. Thanks for sharing. Jen

It was wonderful to see all those pictures of your family. I especially liked the one with the Topsham fire truck in the background. My husband grew up in Topsham (Meadow Road) and was in the volunteer fire department as a young man.

LOVE the shoes. And yes, those would look good with the skirt outfit!

The family pics were fun to see.