Looking back at creating Uprooted

Remember this from way back last spring when I was working on "five projects?" It eventually became a quilt titled Uprooted that was accepted into The Festival of Quilt Art: Home. I was thrilled to have it shown on the show floor at Festival in Houston.

Back when I was sharing the process, I realized I was not supposed to share finished pictures, then I never got around to sharing the quilt and the process behind it. So... here it is.

I started with this pinned to my design wall, the general composition and palette of fabrics. 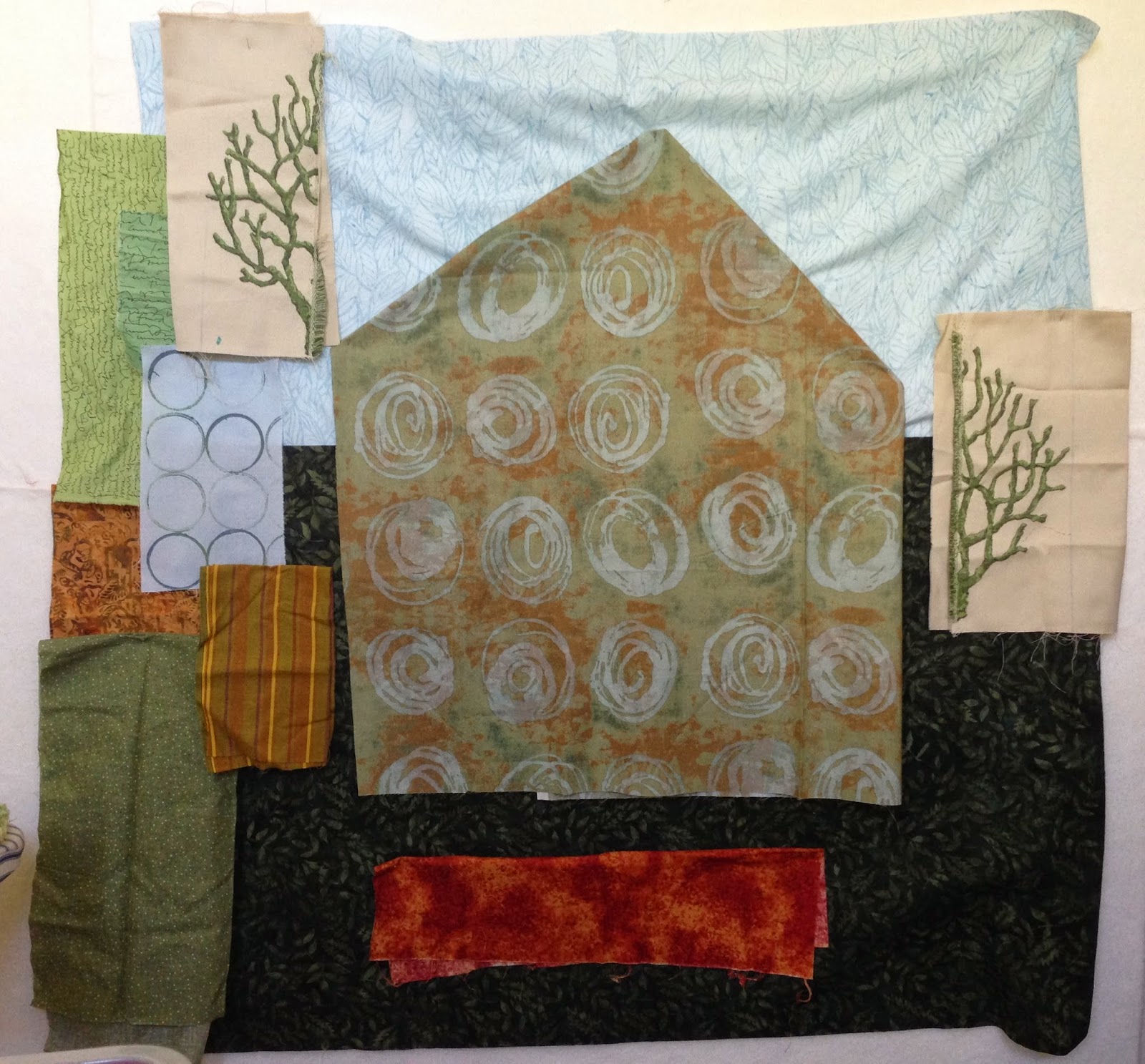 Eventually I've got this all fused together. 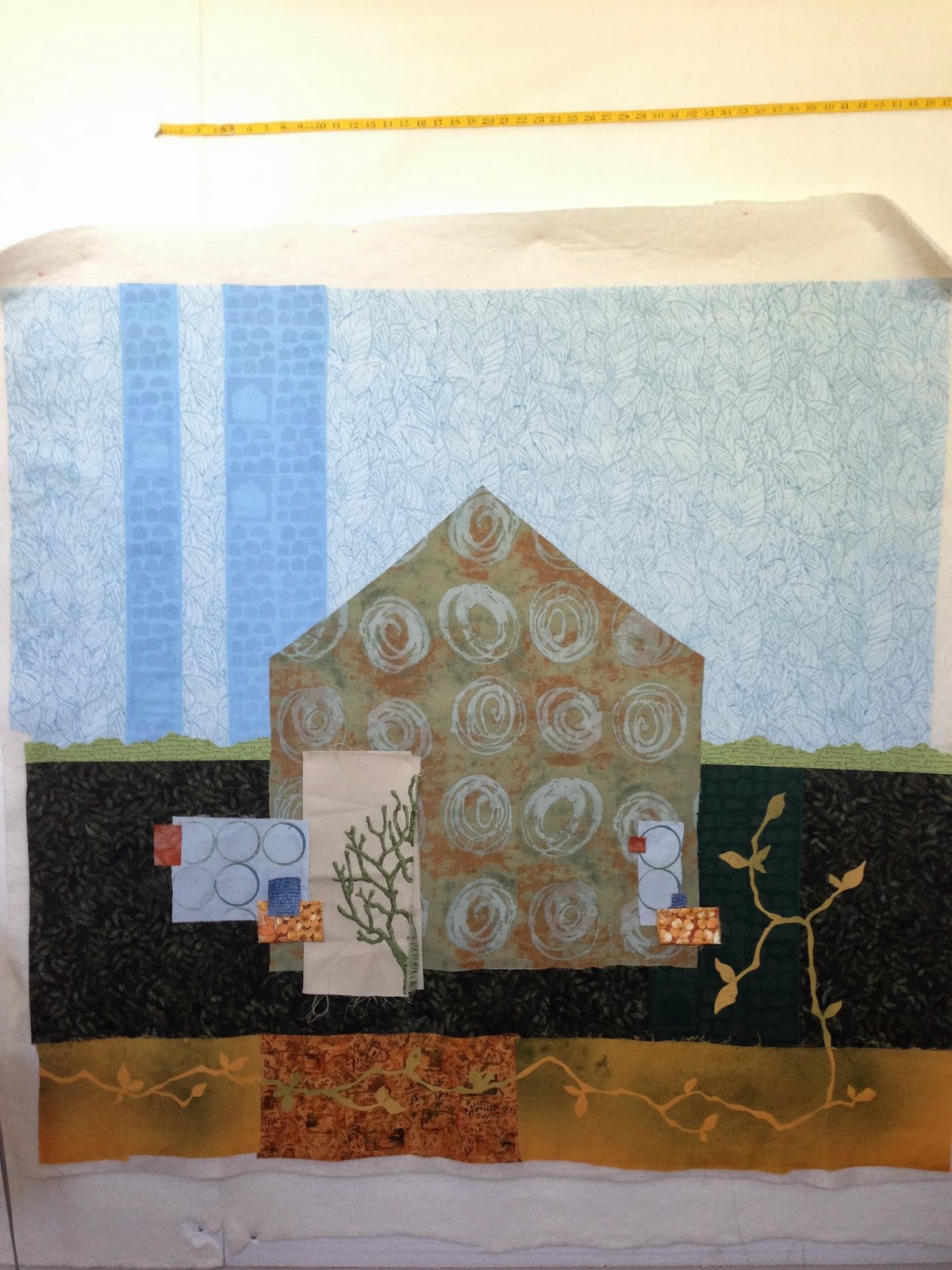 This is generally what I had in mind and it felt like it was progressing along fine. A giant sheer tree would be the next layer. I spent a bunch of time thinking and sketching the design and placement of the tree. 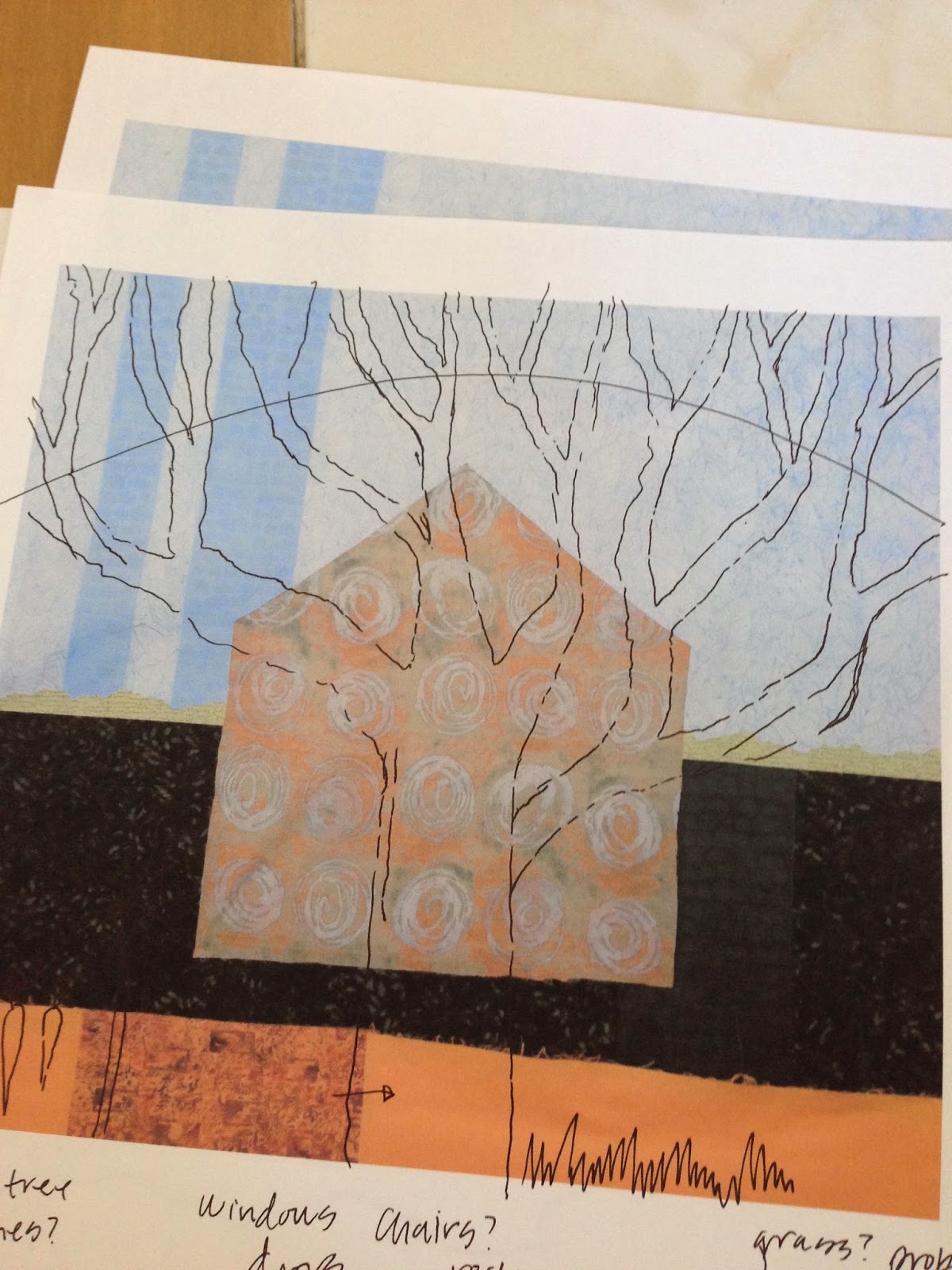 Then I made a pattern. 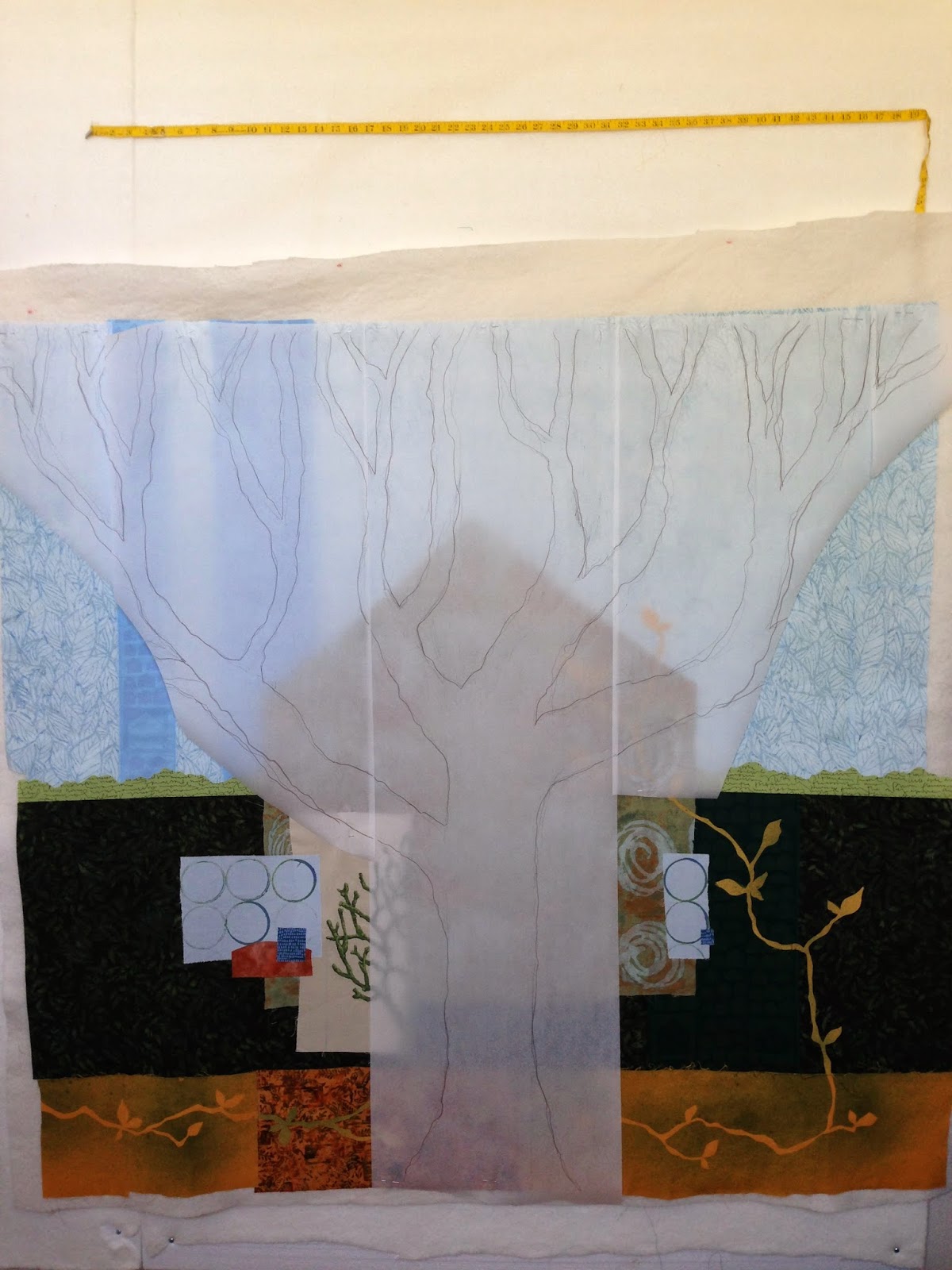 The I stitched the tree with a layer of red tulle. 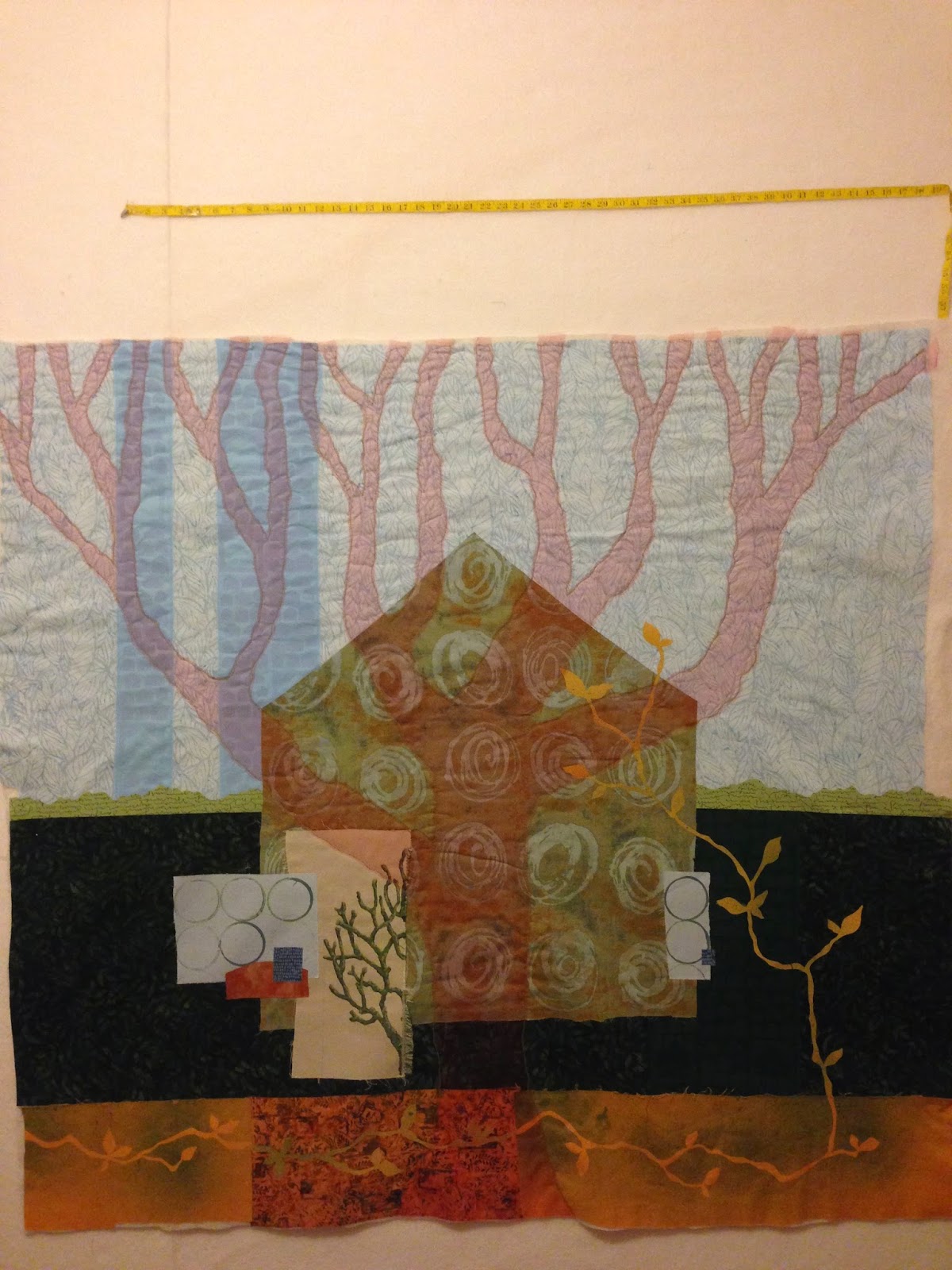 Ug. This is awful. I can't even tell you how many things I dislike about the piece at this point. So many! Tomorrow I'll share with you what I did next.
Posted by Deborah Boschert at 7:00 AM

I remember watching you with the tree section. Great timing on a visit to be with you as you created.
❤️ Mom