Claire and Benjamin both looked completely awesome in their Halloween get-ups this year! Plus, they were both really excited to wear them and enjoy the festivities. We had a fun night.

Claire dressed as Katniss from The Hunger Games, a book trilogy that she and I both enjoyed very much. People who have read the book recognized her immediately... which was pretty cool.

Katniss hunts with a bow and arrow and wears her hair in a braid. 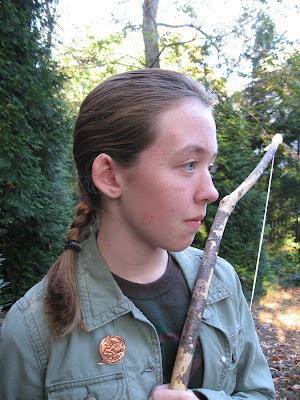 She wears a pin with a "mockingjay" on it during her battles. Claire made the t-shirt using a freezer paper stencil of the mockingjay logo from the book. 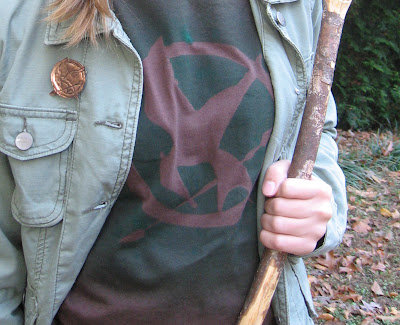 Claire actually made the bow herself! 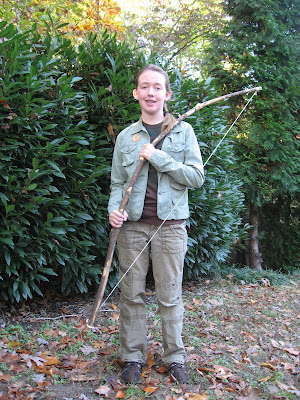 She added a sheath for her arrows before she went trick-or-treating. 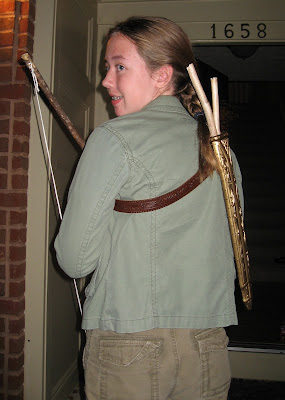 Benjamin decided to go as a ninja. I believe this decision was inspired when he remembered his awesome foam nunchuks from a tae-kwon-do class he took in Texas. 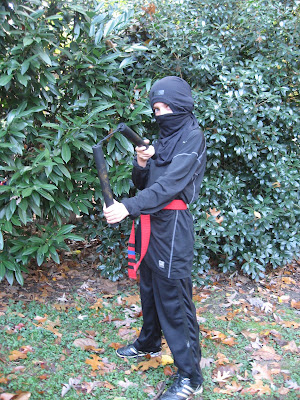 We found a video tutorial online for creating the ninja hood. Just slip a t-shirt over your head, put your face through the neck and tie the sleeves behind your head. Then fold the neck up over your mouth and nose. Genius! 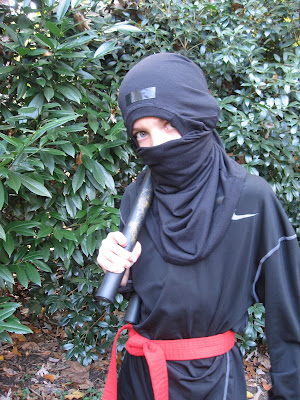 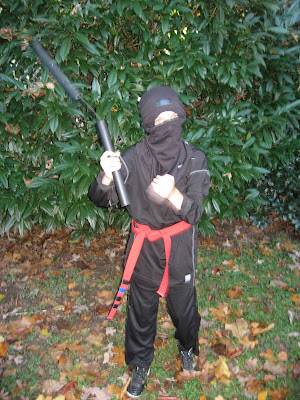 Before he went trick-or-treating, Benjamin remembered the cool dragon pendant that Jeff brought him from his trip to Japan. 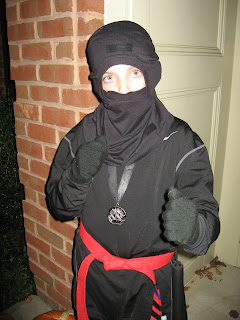 I lovelovelove costumes made from a bunch of clothes and other stuff we already have!

Claire and Benjamin sort candy together every year. Can you believe that loot? 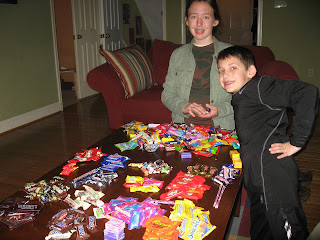 Next step: sorting out what we don't need and giving it to the church to pass along to the food pantry.
Posted by Deborah Boschert at 7:01 PM

I gotta remember the ninja hood trick. We are often in need of impromptu ninja gear.

I remember the days! Halloween was so great. Largess!