We had a wonderful trip into DC on Saturday. In my email blast from the Washington National Cathedral, I saw they were doing the twice-yearly tower climb, so we bought tickets! It was awesome. Here is one of the staircases we climbed. Apparently we did 333 steps total. 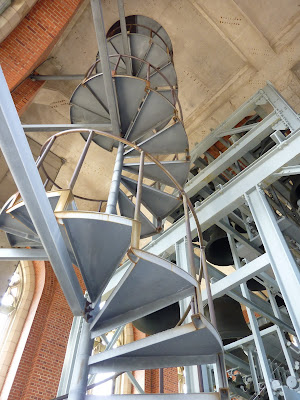 Near the top, we got to hear a demo of the bells. There are ten bells that are pulled with those ropes hanging from the ceiling. The people in the purple shirts are the Washington Ringers. At the next level, we saw the carillon. There are 23 bells played from a keyboard with clappers inside the bells. The musician played two songs including "Now Praise We All Our God." (One of the Anglican Top 40.) 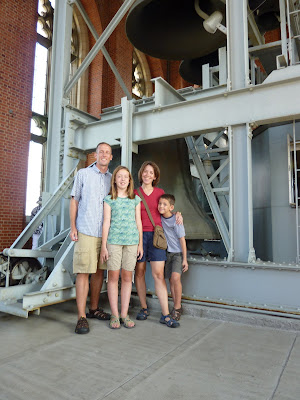 This is the largest bell which weighs 24,000 pounds. It can also be struck with a hammer from the outside of the bell for funerals and other major events.

The National Cathedral is the 6th largest cathedral in the world. It's extraordinary in so many ways. We love it. 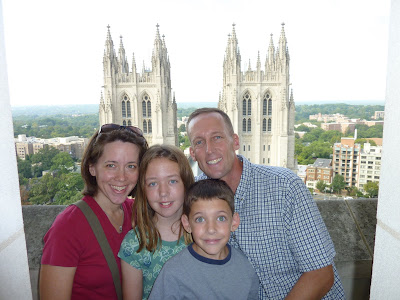 We each got cool "I climbed the tower" stickers. 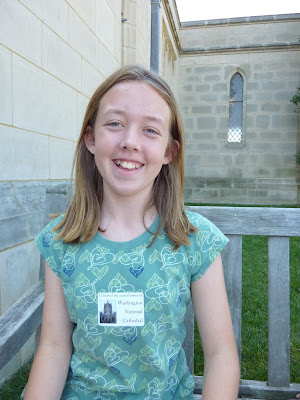 That's the tower we climbed. The picture of the four of us is taken from inside that tower looking toward the front of the building which has the twin towers. 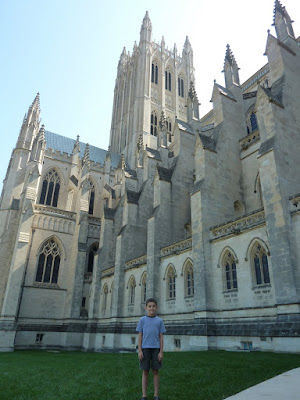 Then we walked down the street to have lunch at 2 Amy's Neapolitan pizza. 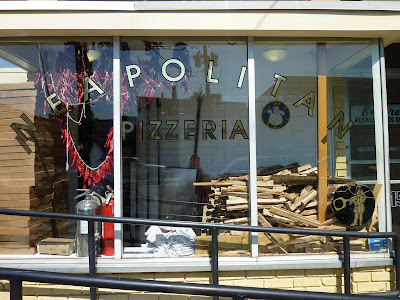 They had homemade donuts. 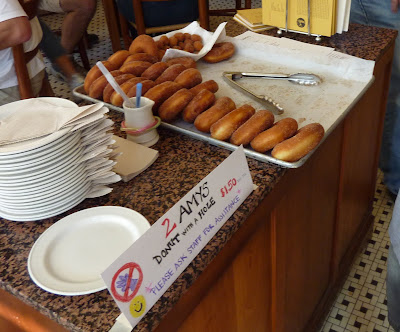 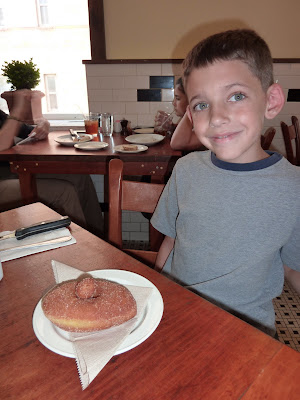 It was a good day!
Posted by Deborah Boschert at 10:22 AM

I would like one of those donuts! Fun day!

What a great adventure. Those are the kind of days the kids will really remember. Love the gold beads on the P-3 quilt. Miss you.

DC: How cool.... in all the years in DC I never did that! BUT you MUST get to the silent drill team at Iwo Jima (at Arl. National Cemetary in Virginia), and also hear the Netherlands Carillon there. I think the silent drill team only does its thing in summer. Get reservations or whatever one needs these days, pack a picnic, and go early. Get a good spot on the hill, watch the sun set, and prepare to be AMAZED!