Visit to the Frank Stella Exhibition

Our local Studio Art Quilt Associates group arranged a docent-led tour of the Frank Stella exhibition at the Modern in Fort Worth.

Aren't we an awesome looking group?! 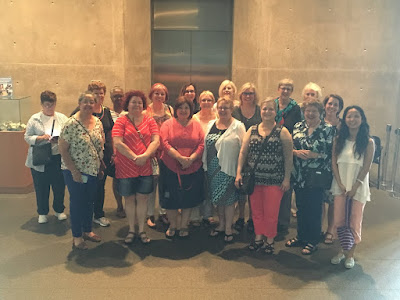 This exhibit is unique in that it covers such an incredibly long span of time and work -- 60 years. Such a long productive creative life. And he's still creating! I wish for the same when I'm 80. (Not the solo museum exhibit, just the continued creativity!)

It's somewhat organized chronologically. Here are some early works. I am stunned by the power of yellow in this picture. In my mind, it jumps out more than anything else. (Maybe that's why I rarely use yellow in my work.) 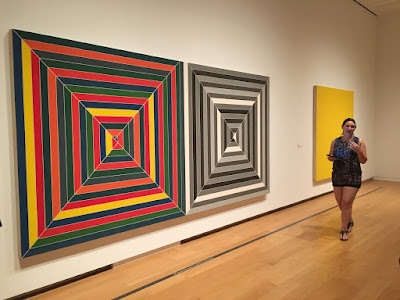 There were several examples of maquettes, sketches and notes in the alcove where Anselm Keifer's Book with Wings is normally displayed. 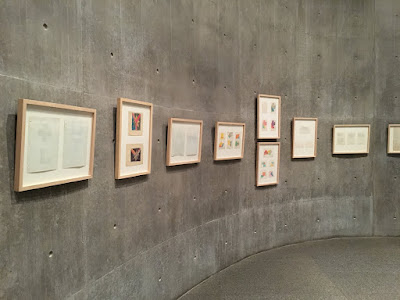 I love looking at artist's notes! Here I even love the yellowed edges and the way the graph paper lifts off the backing in this frame. 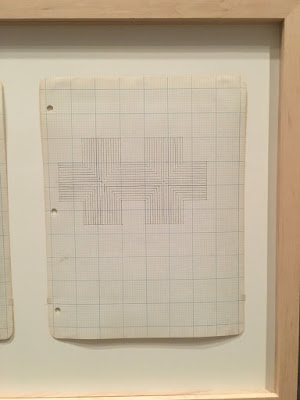 We quilters appreciated this star painting. 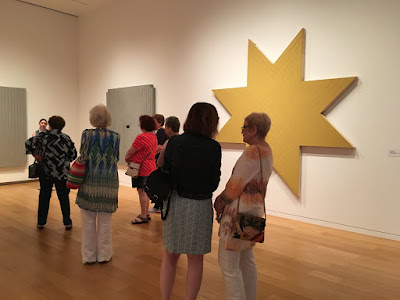 But the most interesting thing about that star is this edge treatment. He couldn't figure out how to neatly wrap the canvas around the frame, so he just sliced it and left it frayed and uncovered. 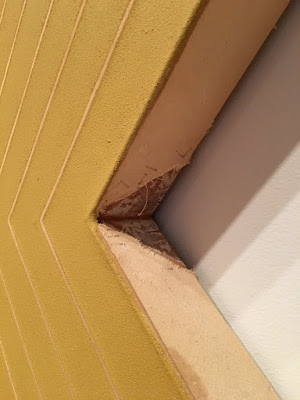 I have spent so much time trying to make nice clean edges on my wrapped canvases and I still haven't mastered it even though I've pinned several examples on Pinterest. Should I just give up?

His more recent work includes giant three-dimensional structures of various materials. If they touch the ground, like these two, he calls them sculptures. 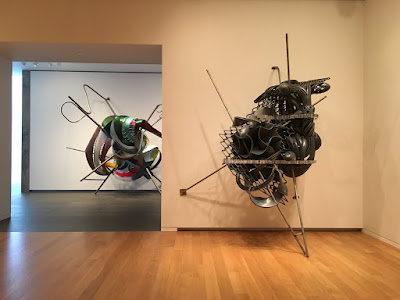 If they are wall mounted, like this one, he calls them paintings. 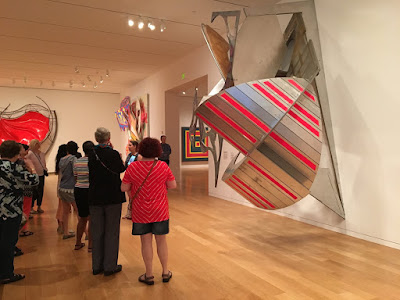 I liked the way the silver and red stripes of the "painting" mirrored the red and white stripes of Debbie's shirt.

I'm not sure I really loved his work. I liked the early work more than the later work. I was struck by the fact that as he became more successful he had the resources and connections to hire apprentices. I think that's part of what allows an artist to work bigger.

But I loved being there. And I loved going with a group of artists.

Posted by Deborah Boschert at 2:56 PM

Ah---that's what I need an ART apprentice. I have G for the house and garden work but he's not helpful with the 'art" I had the high school and college girls helping me in the greenhouse and I was trying so hard to get
them filled with knowledge for the months I will be gone. I think they will be fine. Or even better than fine.
In case, I left my phone number. Now I will go looking for an art apprentice. (wink)