Jeff and I celebrated our 22nd anniversary earlier this month. He's really tough to buy for and we generally prefer to spend money on nice dinners, or travel or special things for our home... but I wanted to make something for him. 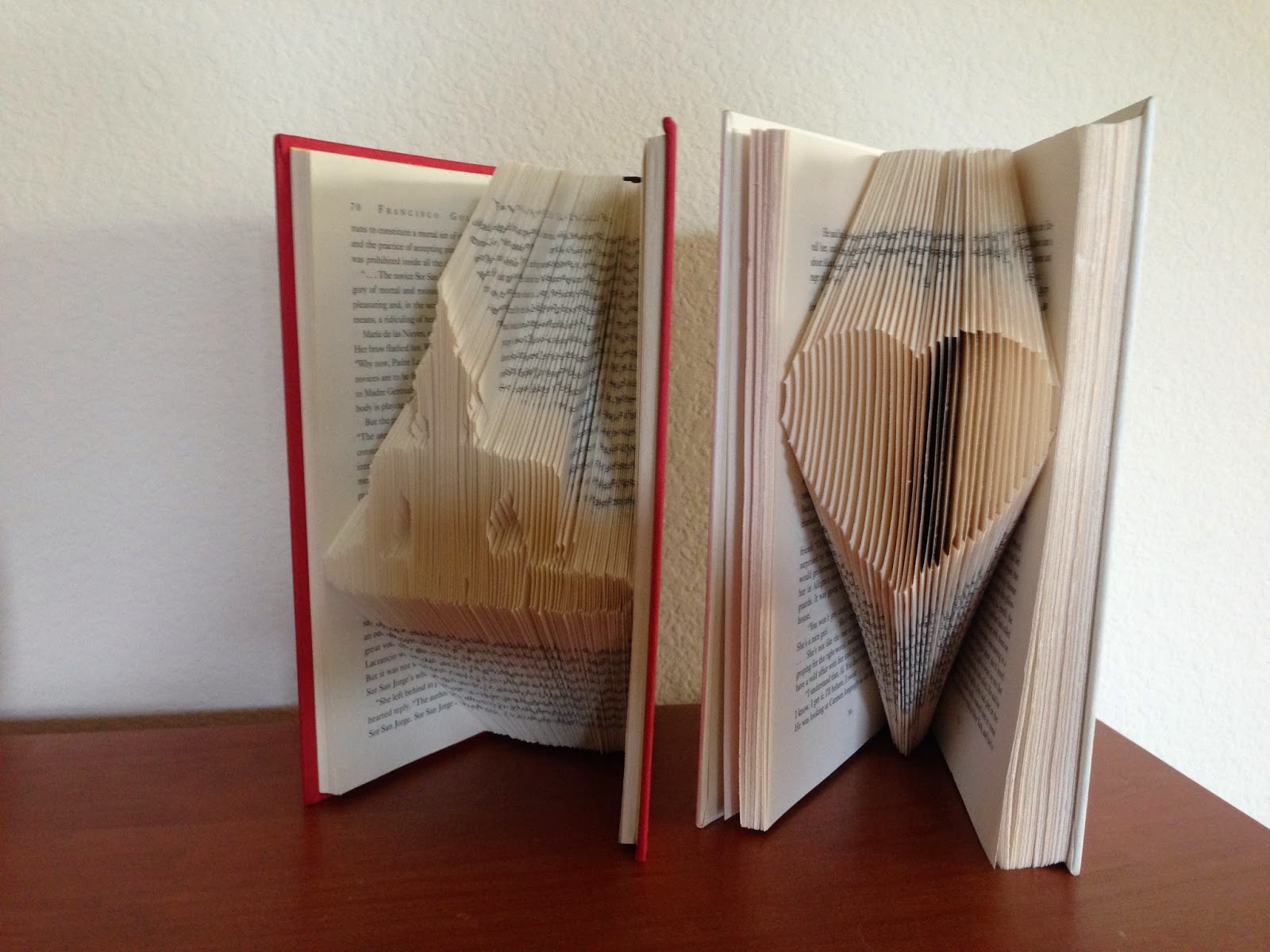 Fun, right? It's "folded book art." I ordered the patterns from FoldedBookArt. Actually, the heart is a 99 cent try-out pattern from the same company on Etsy. It gives you an idea of the craft. Once I made the heart, I thought I'd give the buddha a try.

The pattern is specially populated with page numbers depending on the length of the book you have, so that the design falls in the center of the spread of pages. Here I'm following the pattern from my iPad, measuring and marking each page for the folds. (A bit tedious.) 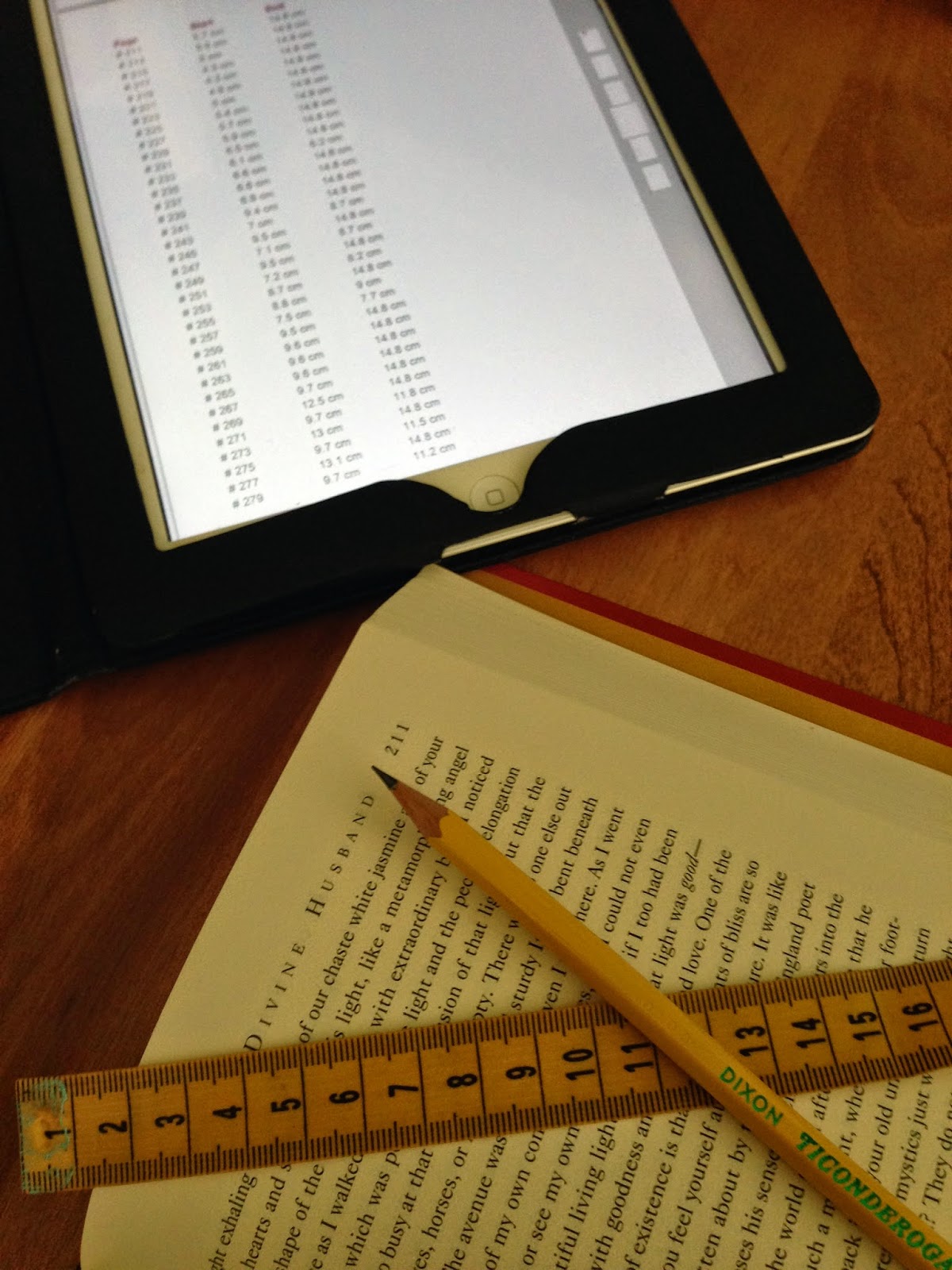 Here you can see the buddha is mostly finished. There is a section of unfolded pages on the left. 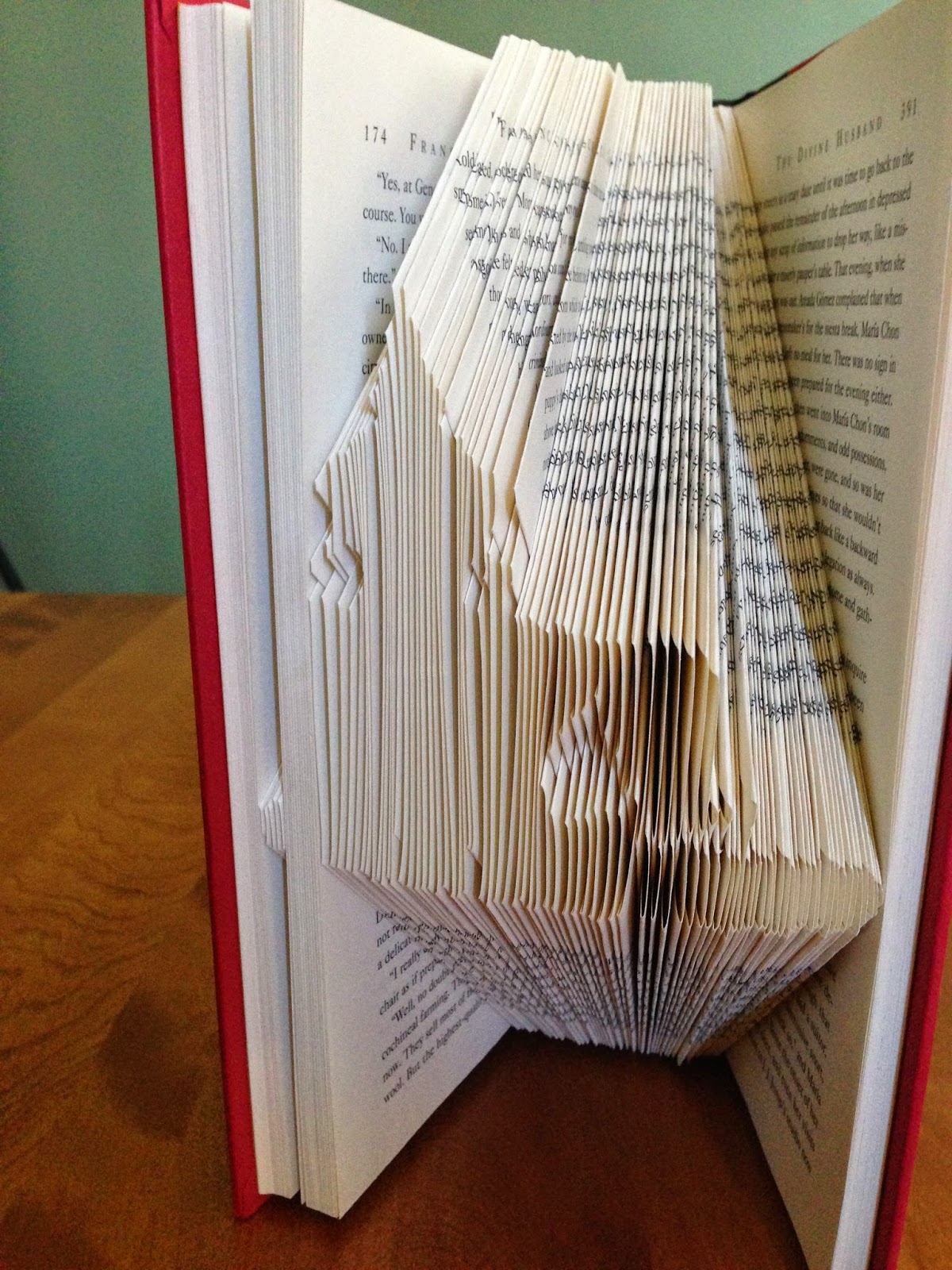 Since this was an anniversary gift, I wanted to books to relate to marriage in some way. Here's what I found at the Goodwill. 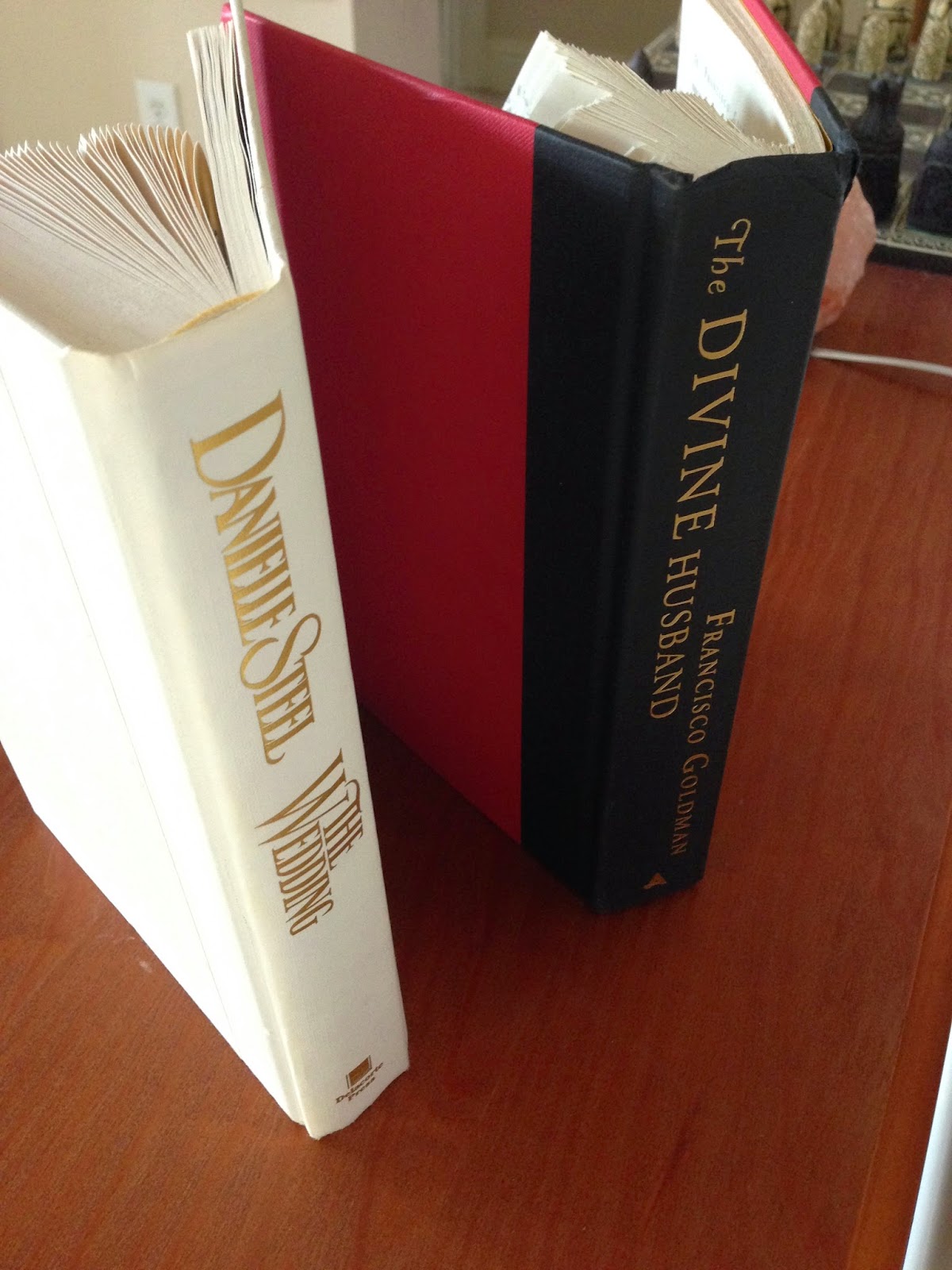 Jeff has a small collection of buddhas lined up on the ledge of the shower in our bathroom. 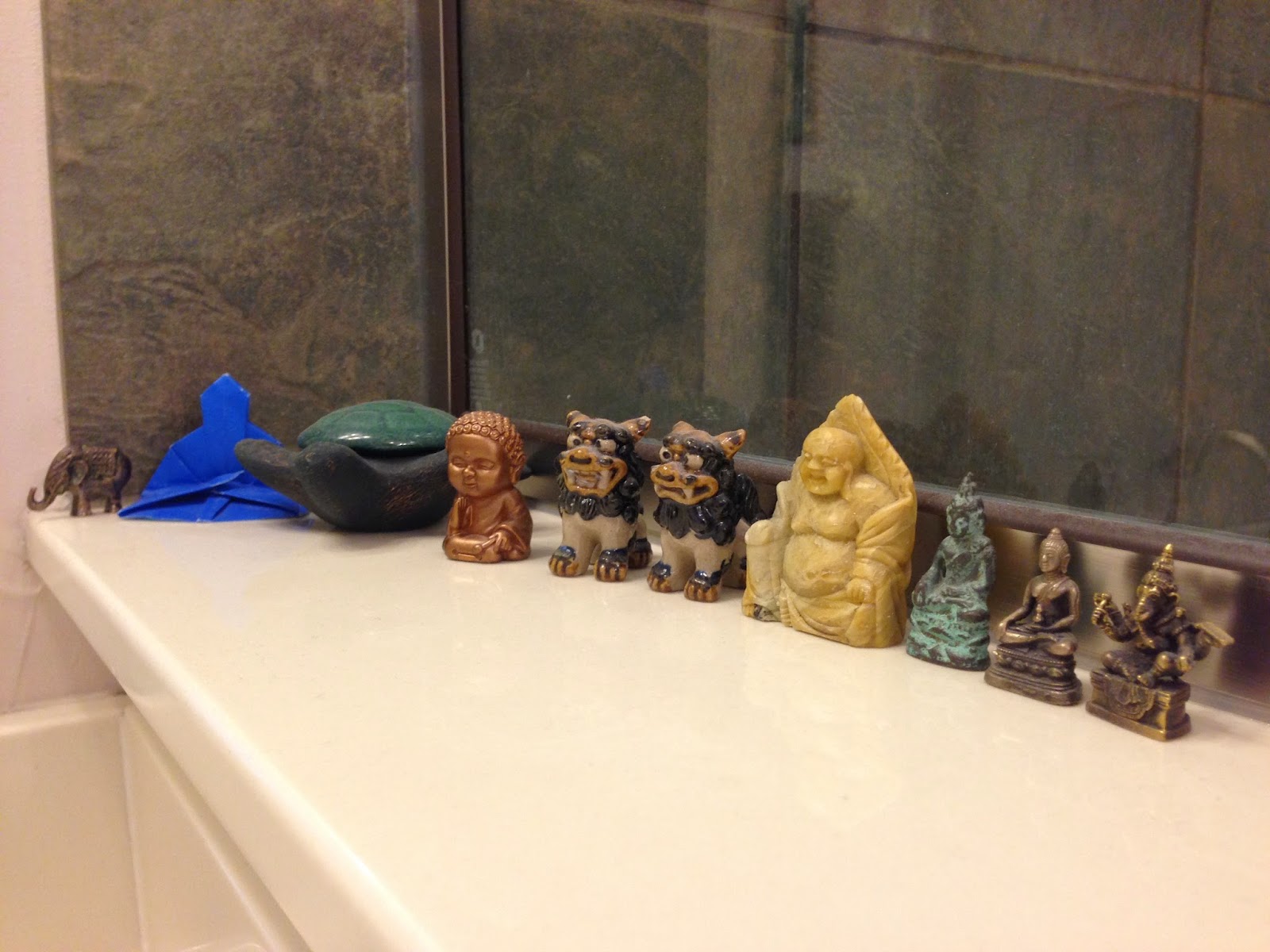 Is it a little tough to identify? 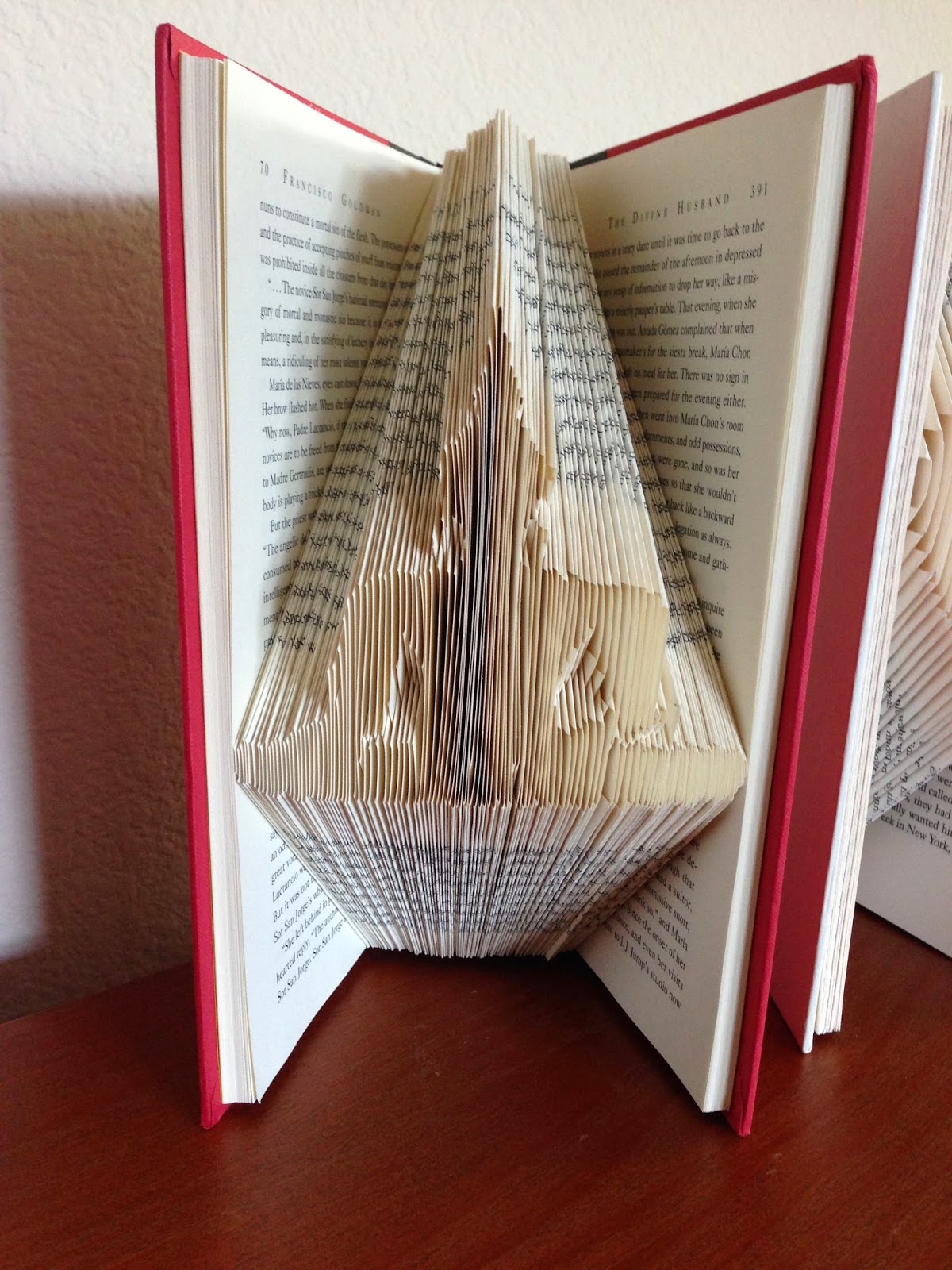 The pattern was probably loosely based on a silhouette like this one. Can you see it now? Kinda? 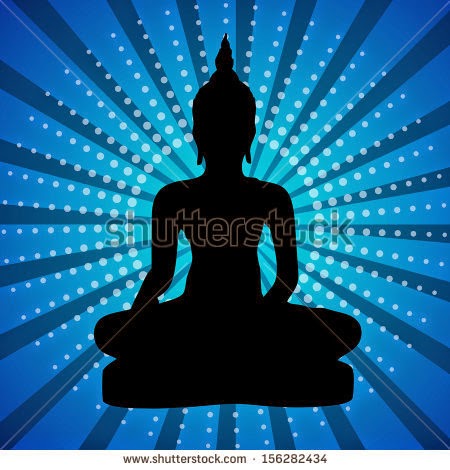 After a bit of research, I learned this is the Calling the Earth to Witness pose and is most commonly found in Thai temples. Maybe for our 25th anniversary we should go visit them!
Posted by Deborah Boschert at 5:54 PM

You do the molar interesting things!

I think those are just the nicest gifts! I'm pretty sure I couldn't do it. I love the Buddha.

What a loving gift! Clever book titles too!