I can not believe how much time I've spent pondering the radiation quilt. Too much time really, but that's just how it's worked out. As you remember, I thought I'd settled on just using heat and light from the sun as my inspiration. Then my friend, Barbara, who is coordinating US submissions gently said something like, "Um.... we have a lot of submission about sunlight. But, we don't have anything about Carbon 14 dating like you wrote in your blog post. Just sayin'" Ug!

Then we had an amazing lightening storm on Thursday night. All my local friends were posting on Facebook about it and we stood out in the front yard for quite some time watching the flashes of electricity between the clouds. It was a great moment standing in the yard at the beginning of spring with my family. So, I convinced myself that lightening related to radiation and I could do a landscape quilt with lightening.

I even pulled out tons of fabrics, ripped strips and pinned this on my design wall. (A couple of hours of work here probably.) 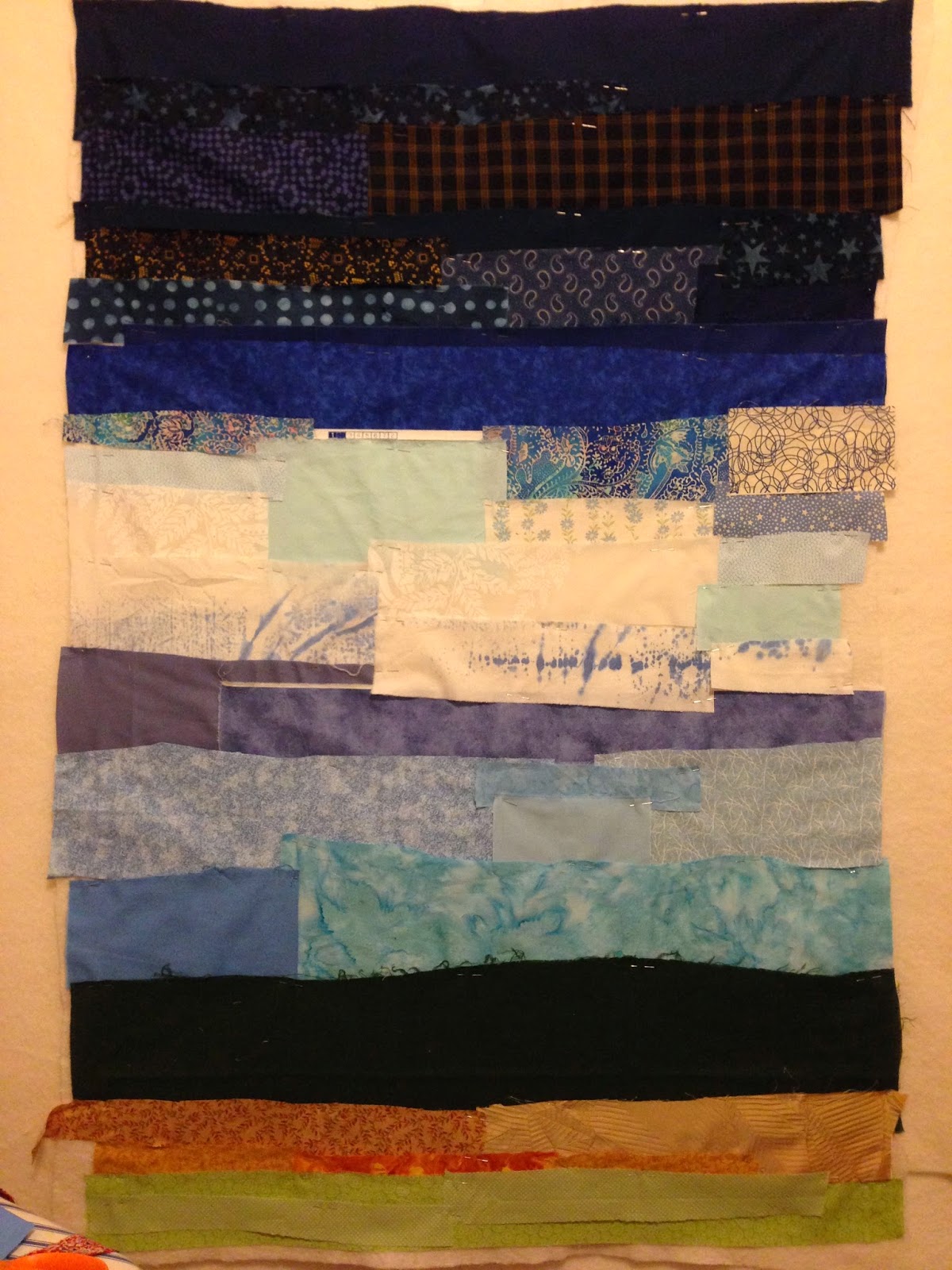 Then I admitted that lightening really doesn't relate to radiation and I went back to the drawing board, and google images, and Pinterest, and even the library to check out kids picture books about radiation. (Yes, they exist.)

Finally I returned to Carbon 14, or radiocarbon dating. I thought I'd do a collage of things that have been dated using this method: old pottery, fossils, trees, bird eggs. I printed out several images for inspiration. 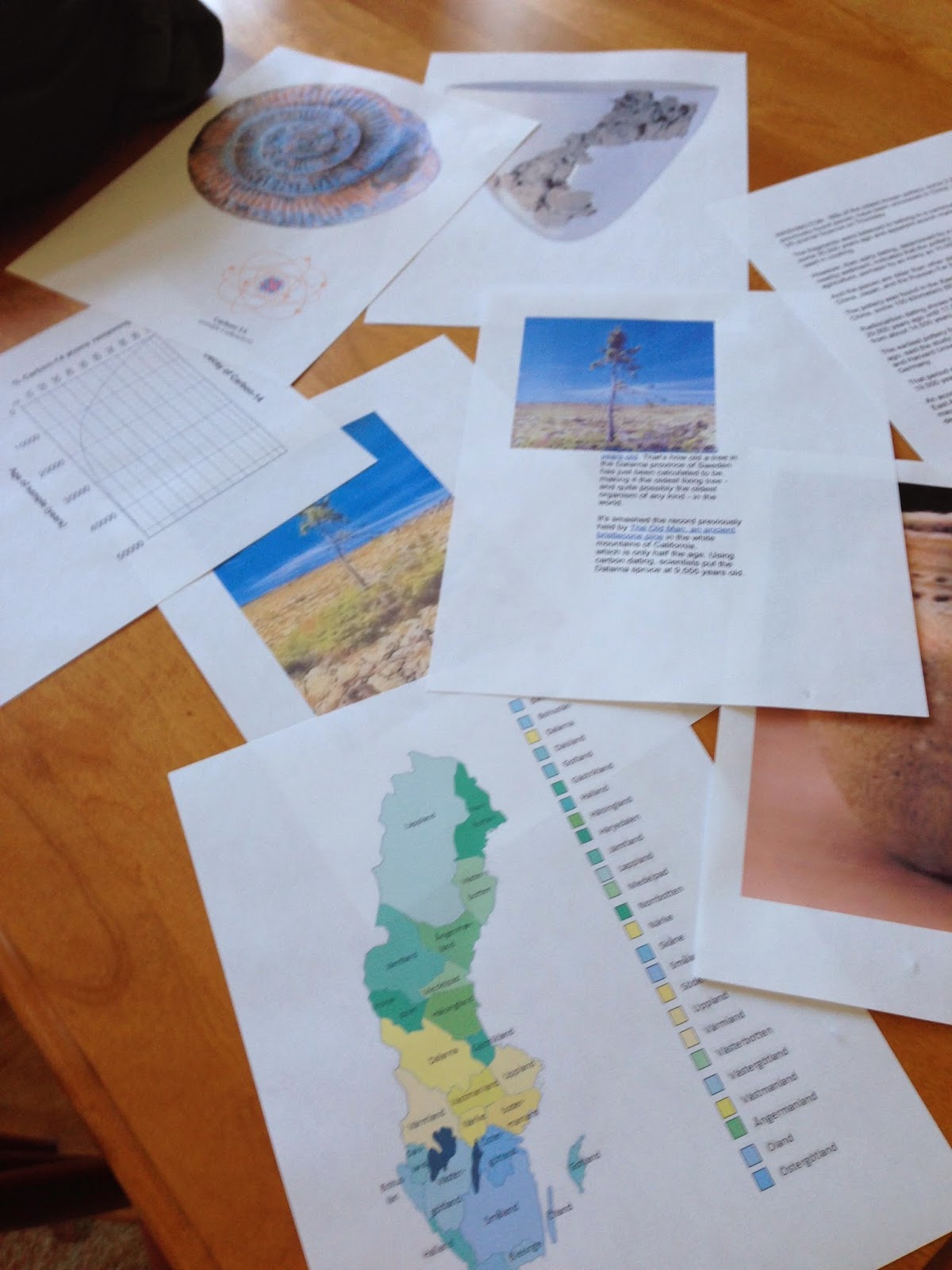 It felt like too much, so I chose the single image that was clearly connected to radiocarbon dating AND fit the kind of imagery that I like to use in my work. I settled on this one amazing tree. 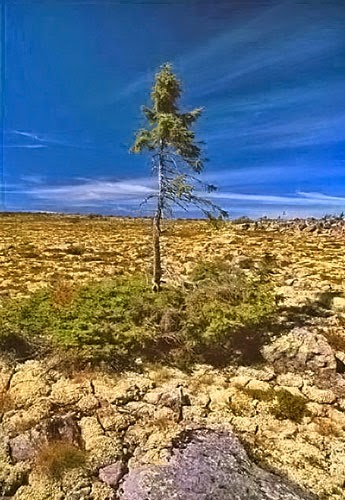 This is the oldest living tree. It's 9550 years old. It has the ability to clone its trunk. The current trunk is only about 600 years old, but the root system is over 9000. It's in Sweden in a secret location to protect it.

Whew. I can finally move to fabric and design. The research and conception phase for this quilt was exhausting and sometimes frustrating, but I think I really stretched and I am sure good stuff comes from that.

Tactile Architecture Progress
This quilt is progressing smoothly. It's clear to me what steps need to happen and they are coming together well.

First, I had to darken several areas of graphic handwriting. They didn't match throughout the quilt. This is something that I would not have had to spend time on if I had taken the time to find the best pen when I first did the writing. Careless and lazy. Had to be fixed. Can you see the different here? 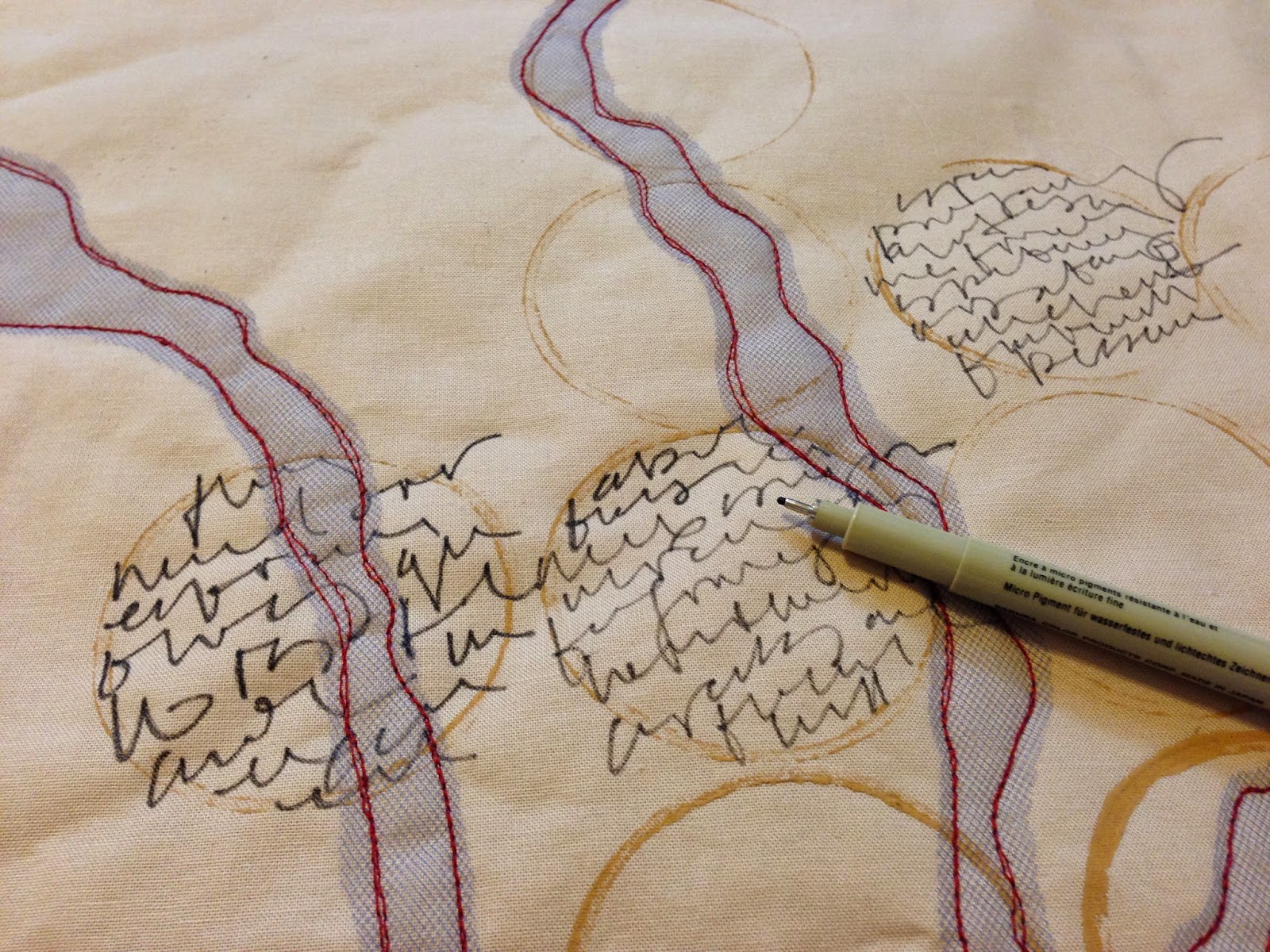 I also marked some flower shapes for stitching. 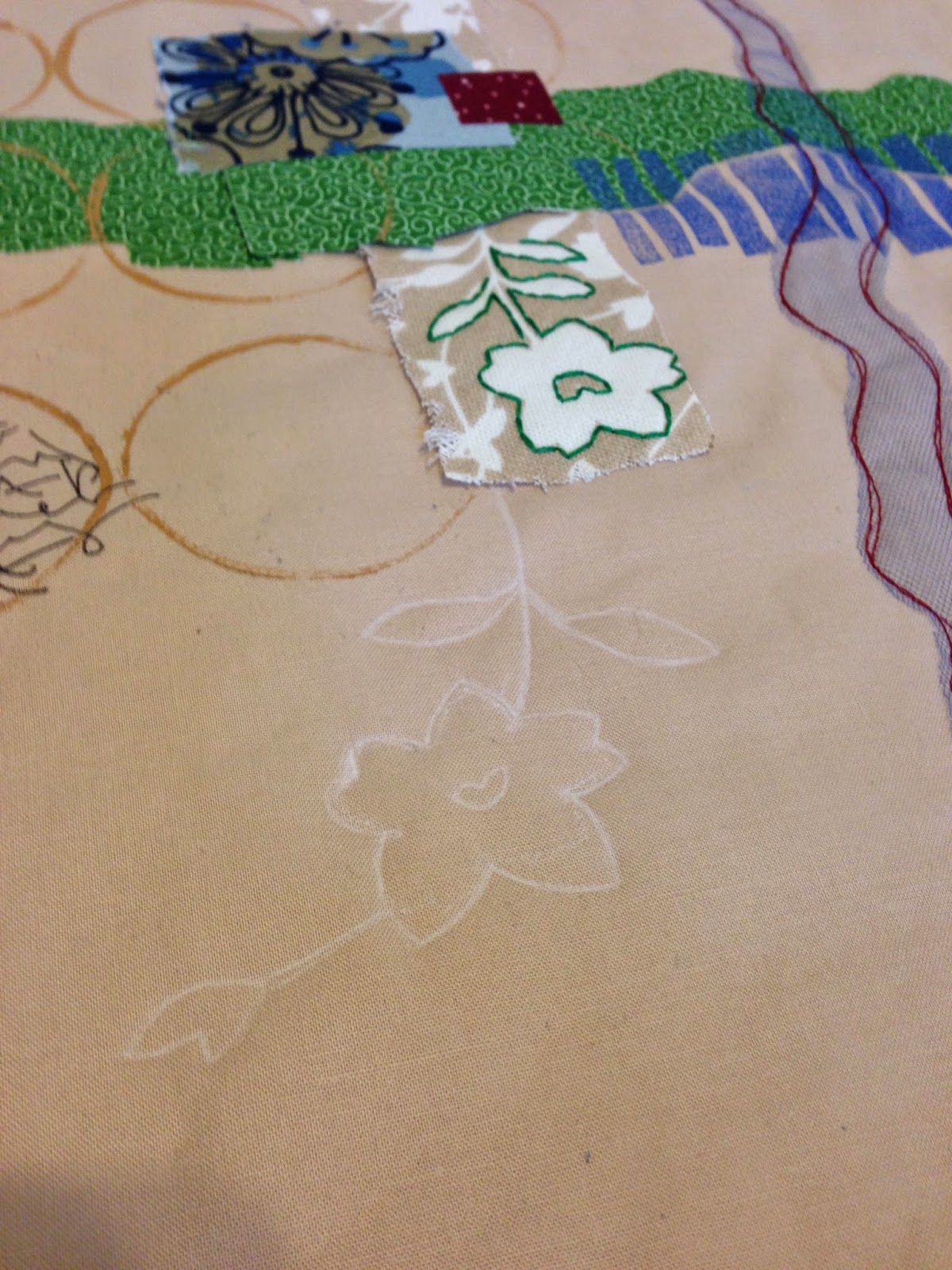 Posted by Deborah Boschert at 3:54 PM

I am finding your process quite fascinating. I like the strips on the one piece very very much. I think it has the possibility to be quite wonderful. Like my Alien Xray. Which was radiation of a different sort.