Claire's birthday was last week. We had a great celebration. Of course, fourteen is much too old for a theme party, ahem. But she does like owls and they kept popping up! I made this cake for her and she thought it was super cute. 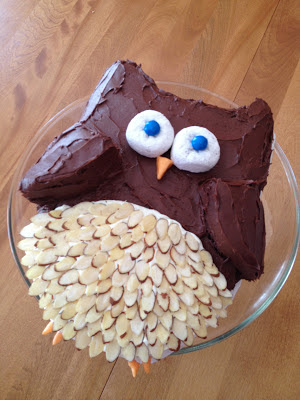 Isn't it fun to make something for someone and have them squeal with delight when they see it? I pretty much copied this cake. 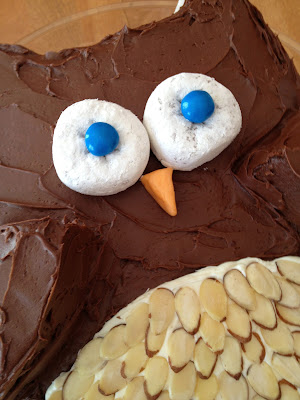 I found this PERFECT wrapping paper! 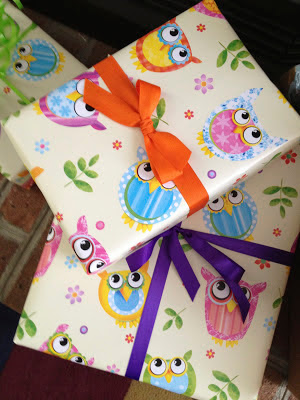 Can you tell there is an owl on her t-shirt? And doesn't she look happy?! 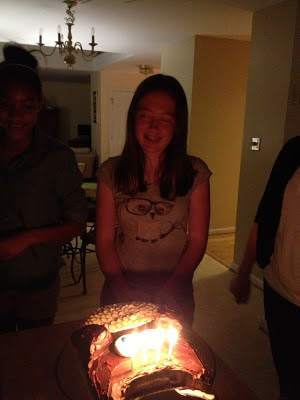 She had four girl friends come for a sleep over but she wanted some kind of activity also. She requested stuffed owls. No problem! We picked out several fabrics and I drafted a simple pattern. 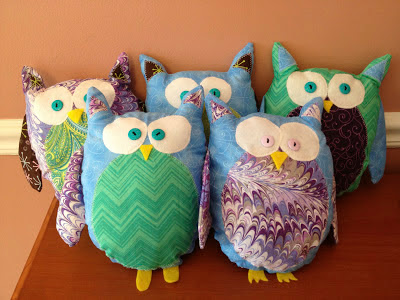 The girls picked their fabric combinations, cut the pieces and pinned everything together. I did the sewing while they giggled, chatted, texted, listened to music, shared pictures and played games on their phones. They they stuffed them and sewed them closed. 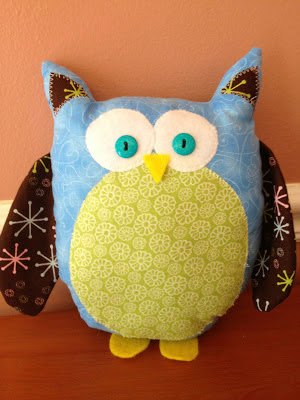 For a fun family outing with just the four of us, Claire chose sushi. It was fantastic! She's got such great taste! 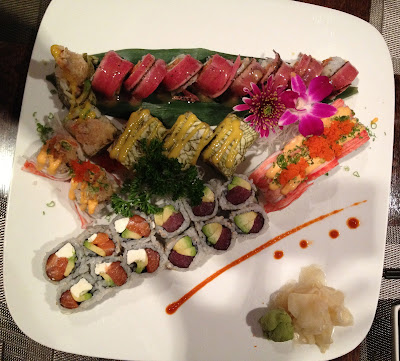 Tonight we met Jeff for dinner since he'll be working late administering a final for his class. 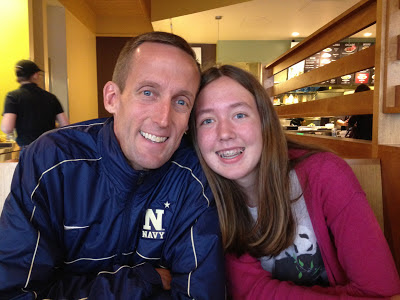 Then I dropped Claire off at school for her French field trip to Quebec City! What an opportunity. She'll be gone for five nights with 115 other 8th graders, teachers and chaperones. 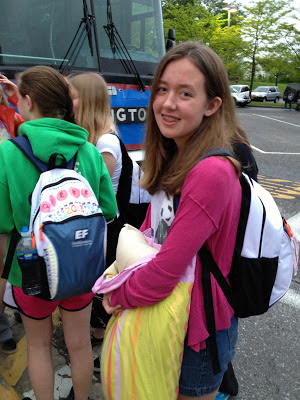 Wow... fourteen years old! Off to make her place in the world. It's going to be amazing.
Posted by Deborah Boschert at 9:20 PM

Happy birthday Claire! I can't believe she is 14 already.

Happy Birthday! Mine feel like they're growing up too fast, and my eldest is only eight...

Those are super cute owls and such a neat idea for a birthday party activity.

Happy birthday Claire!! Enjoying growing up! and mom....hang in there! ;)