One of my very favorite parts of our trip to Hawaii was a wonderful afternoon hike. We started at the Nu'Uanu Pali Overlook. Can you believe that view?! 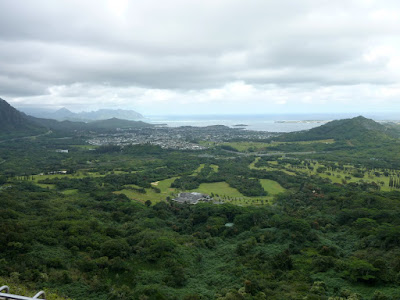 It was a bit brisk and windy. 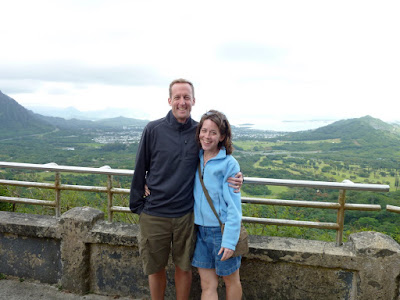 We walked down and around the overlook to the old Pali Highway which is supposed to be "closed." 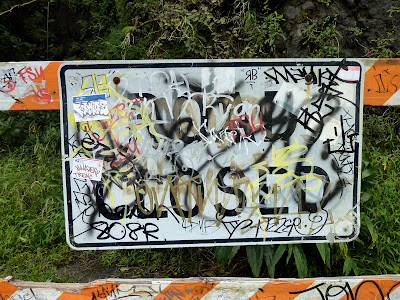 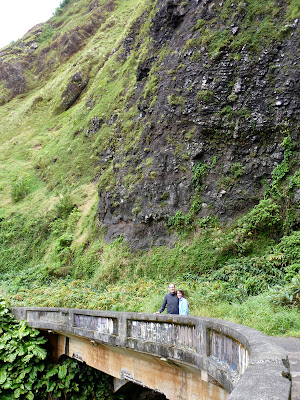 The old Pali highway was over grown with all kinds of wonderful tropical plants. I thought it was a lovely hike, in fact... it would be easy for kids or even handicapped folks or strollers since it was paved. Until we got to the next turn off.

We were reading a step by step guide which was pretty helpful. When it directed us to look for the wooden steps, I imagined old railroad ties set into the path. Instead, we got this: 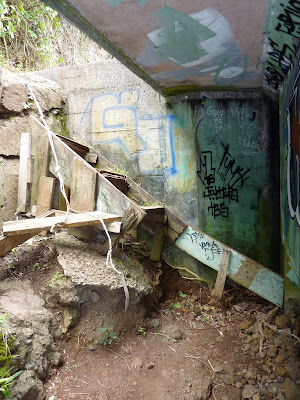 Yes. Rickety old stairs rigged on the side of the hill with an old electrical cord to grab for support. This led under the new Pali Highway. See that car racing by above Jeff's head?! 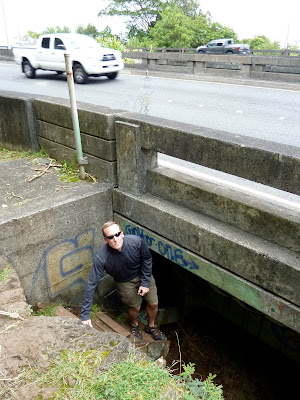 Then we ducked down and crawled under the highway. It was pretty awesome.

We went from tropical hike to urban spelunking. 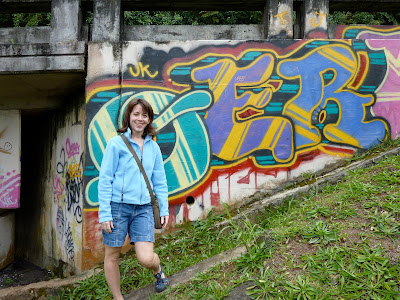 Eventually, we made it back to the jungle. 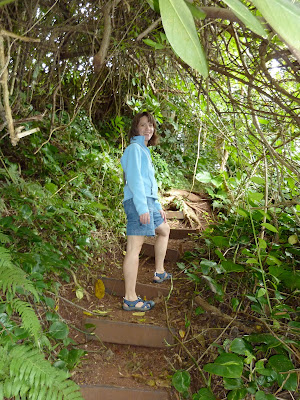 Ah, these are the wooden stairs I imagined. 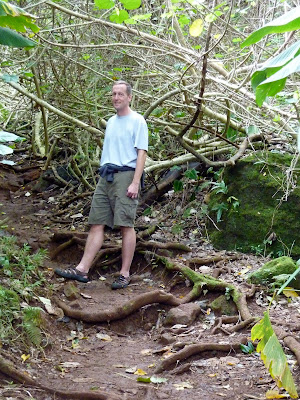 The rest of the hike was somewhat technical. But we had good shoes, no bugs, plenty of time and eager attitudes. The plants and sounds were amazing. Eventually we made it to the Likeke Falls. 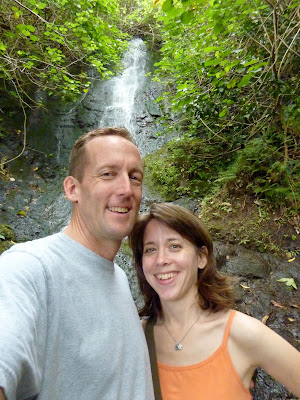 We saw a group of people gathering at the trail head, but we were the only ones at the falls. We did see the group again on the way back. It appeared to be a guided hike. We were pretty proud of ourselves for finding it on our own. 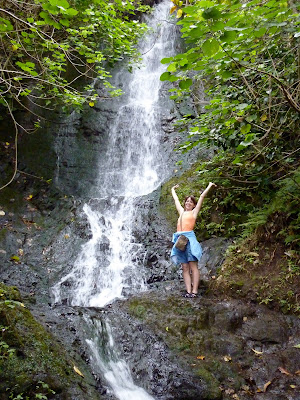 We sloshed around in the water and took lots of pictures, 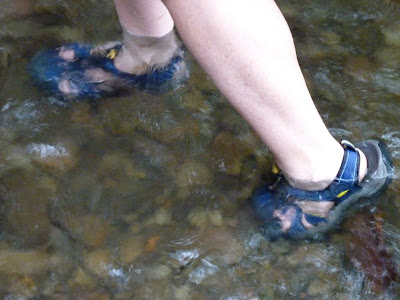 before headed back up the trail. 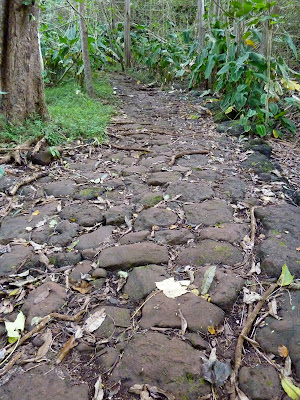 Equally enjoying the natural and the man-made. 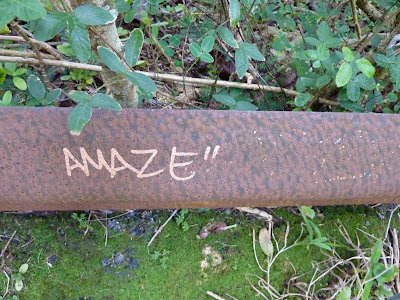 Posted by Deborah Boschert at 11:07 PM

We've been on the kid-friendly section of that hike and were instructed to go over a wall by the palm tree to a little waterfall, but I did not know about this urban spelunking part. I'm inspired to go try it too. I love the picture of you with your arms up!! What fun!