We're enjoying a short lull in our busy summer schedule.

Claire just returned from an amazing trip with my mom and dad. They plan to take each grandchild on a big adventure -- just the three of them -- the summer they turn ten. How great is that?! Claire chose a tour in Portland, OR all about animals. They toured the zoo, behind the scenes at the aquarium, visiting an alpaca farm, toured the mounted police unit and saw how seeing-eye dogs are trained.

Grandpa snapped this cute picture while they were biking along the river. 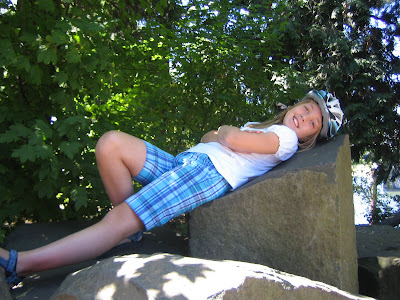 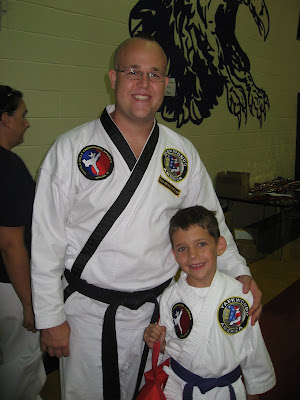 That's Benjamin with his teacher, Mr. Anderson, who cut his hair in a mohawk to generate excitement and enthusiasm for the tournament.

We've also been playing a lot of electronic Stratego. 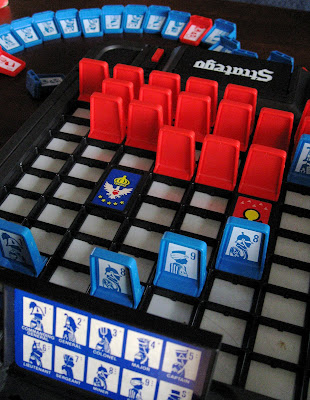 This game is from 1982 and was on a shelf at Jeff's parent's home until it moved to a shelf at our house until Benjamin decided to install new batteries and learn to play! It's very fun and requires quite a lot of strategic planning. (Thus, the name of the game.)

Who needs a Wii when you've got "realistic battle sounds" from 1982?!
Posted by Deborah Boschert at 10:49 AM

What a wonderful idea! Were they here when we had the hot, hot temperatures. I would have loved to have met your parents and Claire, but it sounds like they had a jam packed trip with lots going on.

Aha! It was Claire that brought the hot weather to Portland! Well, maybe not, but I've been looking to blame someone. Seriously, I hope she enjoyed her visit here. The Portland Zoo is super and especially our baby elephant. And lots of great bike trails along the river.