A few weeks ago we went out with some neighbor kids to pick wild Maine blueberries. We walked right up the path and found loads, perfectly ripe. Delightful. 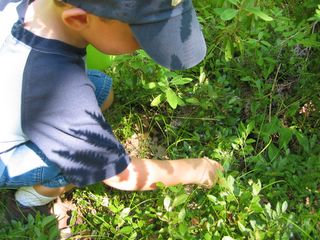 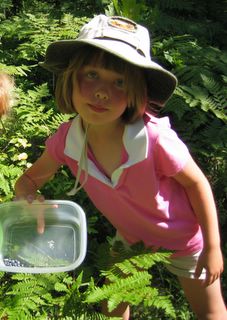 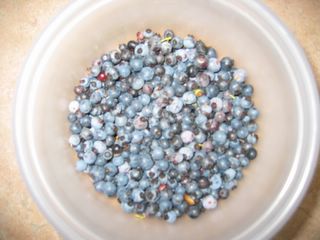 It was a really hot and sunny day. I think we got less than a cup of berries. We might have had a cup if all the berries that got popped into mouths had made it to the bucket instead. Oh well.

Since we were leaving town the next day, I just washed them and put them in the freezer for later. We considered muffins and milkshakes and pancakes... but ultimately decided on... 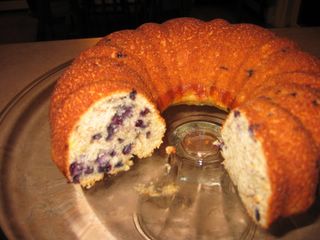 This is a banana bread recipe I make quite often. (When we don't eat bananas fast enough and the teeny tiny fruit flies start to visit.) So, when Benjamin and I were making a batch last week, we decided to toss in the berries. Delicious!
Posted by Deborah Boschert at 1:24 PM

Deborah,
Claire just looks like such a BIG KID! She is so pretty, and she really looks a lot like you--and so wise looking for a 1st grader!! Love,
Lucy

WOW! Claire IS you! That's the little person I met so many years ago at Church of the Covenant.

I want some...no fair teasing us with blueberry banana bread and then not offering it up!